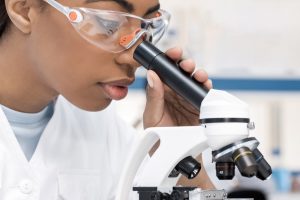 This report assesses the Ministry of Defence’s approach to reducing and reforming its civilian workforce.

The Ministry of Defence (the Department) is under continuing pressure to develop the capabilities it needs to meet its current and future defence objectives while demonstrating that it is using resources efficiently and effectively. The Department is also adapting its whole workforce to respond to changing demands, driven by the evolving nature of warfare; for example, it is developing specialist capabilities in areas such as cyber skills and artificial intelligence. At the same time, it continues to face significant financial pressures, as illustrated by its need to make savings of £13.4 billion on its Equipment Plan over the next 10 years. The Department’s workforce consists of a mix of military personnel (regulars and reserves), civilian personnel and contractors. Civilian staff support ministers, manage the Department’s administrative functions and help to deliver the Department’s core work by ensuring the Armed Forces are ready for operations. In 2017-18, the Department spent £2.5 billion on its civilian workforce. This amounted to 20% of its expenditure on personnel and 7% of its annual budget of £36.6 billion. The Department has been reducing the size of its civilian workforce for many years.

To make the best use of its resources and respond to changing demands, the Department needs a clear vision for the shape of its future workforce, including the skills required, and a plan for achieving this vision. To date, the Department’s inadequate understanding of how it uses its civilian workforce has meant it has not modernised working practices or achieved efficiency savings. Its previous headcount reductions were made in an arbitrary way in order to achieve savings targets that had been imposed to allow for spending elsewhere (for example, on the Equipment Plan). The Department says it has recognised the limitations of its past approach and is now seeking to reform its business. It has begun to address the organisational barriers that have restricted its ability to modernise in the past. However, it must invest in the skills needed to transform the organisation so that it can operate at a lower cost. It has not achieved anything yet, and it is not obvious to us that all the necessary components are now in place to accomplish the objectives of its change programme.