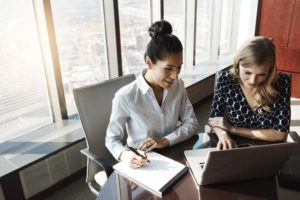 Government uses regulation to deliver public policy outcomes in a wide range of areas, for example, to ensure food safety, protect the environment, or promote competition in the UK economy. As a European Union (EU) member state, the UK operated within an EU regulatory framework, with many regulations harmonised to facilitate the European single market.

Following EU Exit, many UK regulators have taken on functions previously carried out by the EU. This report assesses how regulators have managed the transition and are responding to the opportunities and challenges of EU Exit.

This report considers three regulators whose work has been significantly affected by EU Exit. The report seeks to draw out common issues to help inform regulators and policy departments as they develop regulation after EU Exit, both in the three areas covered and more broadly across government.

All three regulators covered in this report have taken on significant new responsibilities and were allocated additional funding as a result of the UK leaving the EU. The regulators implemented measures aimed at ensuring continuity in their respective sectors on Day 1 after the transition period ended, in some cases this involved delaying new regulatory requirements, or extending deadlines. All three are building capability to match their increased responsibilities but are facing operational challenges that need to be addressed as they move away from interim arrangements. These include recruiting people with the necessary skills, bridging information and data gaps, and planning for the future when there is uncertainty over long-term workloads in some key areas.

Government has set out a broad ambition for regulatory reform and sees opportunities for improving regulation outside the EU. All three regulators and the respective policy departments are at an early stage with developing strategies for reaching their future state, while still having to manage the operational challenges that have already arisen following EU Exit. Until long-term strategies are fully developed, there is a risk that regulators’ current plans to meet operational challenges may be wasted effort and not align with longer-term ambitions.