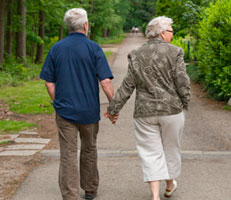 The Pensions Regulator and other agencies regulating defined contribution pension schemes should take a concerted approach towards collecting evidence and assessing risks to members.

"It is not possible to judge how well The Pensions Regulator is doing to protect the benefits of members of work-based pension schemes. This is all the more significant as the trend towards membership of such schemes accelerates. While the Regulator’s overall approach is sound, its performance measurement system is not strong enough. "Responsibilities for regulating pensions are shared, and the agencies involved need to develop a concerted approach to assess and, where necessary, act upon risks. The DWP and the Treasury should therefore work with The Pensions Regulator and the Financial Services Authority to develop a more integrated approach to collecting evidence, assessing risks to members, and measuring the effectiveness of pension regulation."

A report today by the National Audit Office on the regulation of defined contribution pensions has concluded that there is insufficient accountability to ensure that the regulatory system delivers value for money.

The report highlights the taxpayer’s substantial interest in the effectiveness of pension regulation. In 2010-11, tax relief for employer-sponsored defined contribution schemes amounted to an estimated £8.5 billion. The trend towards defined contribution schemes increases longer-term risks to the taxpayer, as members are on average likely to achieve considerably lower levels of retirement income than those with predominantly defined benefit pensions, and the state is ultimately liable for providing a basic income for the elderly.

The Pensions Regulator regulates all work-based pension schemes and shares responsibility for regulating some of these schemes – so-called contract-based schemes – with the Financial Services Authority. Today’s report notes that the Pensions Regulator has adopted a sound approach of aiming to regulate in a targeted, proportionate and risk-based way, and that its evidence base is improving. It also concludes that the regulator has achieved some improvements in the administration of schemes.

The report recognizes that the measurement of regulatory outcomes is challenging. However, The Pensions Regulator’s current system of performance measurement does not make it possible to judge whether the Regulator is effective in protecting members’ benefits, which is one of its strategic objectives. The size of final pension pots for members contributing the same amount, and experiencing the same stock market performance, can vary by an estimated 17 per cent, depending on fees and charges, but around a third of members, and a fifth of schemes, have stated that they cannot assess whether the charges they pay represent value for money.

Four public bodies participate in a senior level group on defined contribution pensions (the Department for Work and Pensions, The Pensions Regulator, the Treasury and the Financial Services Authority), but there is no single body leading on regulating schemes, setting objectives or measuring performance. The lack of a joined-up approach also means that there is insufficient basic information available about the market, such as definite numbers of scheme members or the levels of fees and charges they face.