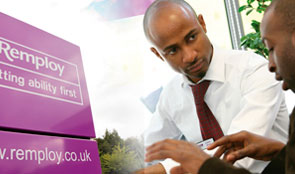 The disposal of Remploy’s businesses

Remploy and the Department for Work & Pensions completed the disposal of Remploy factories within a tight timetable and below budget.

Remploy, the provider of employment and services for disabled people, and the Department for Work & Pensions completed the disposal of Remploy factories within a tight timetable and below budget, according to a report today from the National Audit Office.

Remploy Enterprise Businesses employed 2,150 disabled people across 54 factories in 2011-12. That year, the 12 businesses made an operating loss of £49 million and received £53 million in government subsidies. Between August 2012 and December 2013, Remploy disposed of its factories, either selling them as entire businesses or closing them down and selling sites and machinery.

The spending watchdog finds that, in some cases, Remploy was restricted by previous contractual arrangements in designing the sales process, and it could have improved communication and support for bidders. But overall, Remploy appeared to respond proportionately to these constraints. The likelihood of selling more than a minority of the factories was always small, and the Department and Remploy had to balance the need to protect public money and employees’ jobs.

Remploy tried to sell loss-making factories and preserve jobs even though the likelihood of sale was small. By January 2014, it had safeguarded jobs for 442 of its employees.

Today’s report, based on a risk-based investigation, finds that the costs of disposing the factories are likely to be less than expected. The Business Case for the disposal of Remploy businesses estimated the total cost of the programme to be £108.8 million. The DWP estimates that actual costs will be about £100 million, including £63 million in redundancy payments and £8 million in additional support for former employees. Sales have so far raised £12 million and Remploy expects this will reach £19 million.