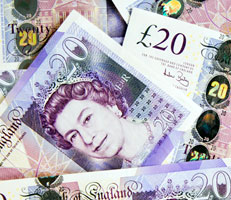 Report of the Comptroller and Auditor General: Whole of Government Accounts 2010-11

The Whole of Government Accounts (WGA) are an audited set of accounts showing in one place the financial position of the whole public sector. However, the NAO considers that the picture is incomplete.

"The Whole of Government Accounts is a key means through which Parliament and the public can hold government to account for the money it spends and the activities it undertakes. "I hope that the WGA will provide the Treasury with the means to identify and manage key risks to the government's financial position. To do this effectively, the Treasury must do more to improve these accounts. This includes producing them faster, and ensuring that all bodies owned and controlled by the government, such as Network Rail, are included."

The National Audit Office has welcomed the publication by the Treasury of the second Whole of Government Accounts (WGA) – a set of accounts showing in one document the financial position of the whole public sector. While describing the accounts as a key means through which Parliament and other stakeholders can scrutinize public finances and hold government to account, the Comptroller and Auditor General has raised some concerns.

The WGA shows government’s overall financial position and performance and how it is affected by past decisions. Over 2010-11, the government significantly reduced its annual deficit (the difference between expenditure and revenue) from £163 billion to £94 billion. But government’s overall net liability (the difference between what government owes and owns) remained at some £1.2 trillion. This is due to a reduction in the public sector pension liability being offset by a rise in government borrowing.

Despite the limited opportunities to make significant changes, the 2010-11 WGA is improved compared with the previous year. More bodies (such as the Bank of England) are included, the accounting standards used by local government have been brought into line with those used by central government and comparative data has been added.

However, the Comptroller and Auditor General has raised a number of concerns about the WGA. For the WGA to be used more, it needs to be produced faster. These accounts were completed 19 months after the end of the financial year to which they relate. While the Treasury did publish an unaudited summary in July 2012, there were subsequent changes to the data. This was to correct significant errors identified both by the Treasury and the NAO as part of its audit.

The audit also revealed significant issues with the quality and consistency of the data provided by the health and education sectors. Some bodies, such as Network Rail, are still excluded from the WGA even though accounting standards require their inclusion. In addition, the Comptroller and Auditor General has raised concerns over the completeness and valuation of school assets.