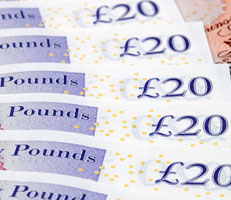 Report of the Comptroller and Auditor General: Whole of Government Accounts 2013-14

HM Treasury is improving the content of the Whole of Government Accounts, which shows the overall financial position of the UK public sector, and the document has been produced faster than ever.

"We are strongly supportive of the way HM Treasury is moving forward with the Whole of Government Accounts project. The Department is improving the content of the WGA and the document has been produced faster than ever. This is welcome and represents a significant step forward for the WGA. The Department is also taking steps to make sure that more information is being given to taxpayers on how government spends their money and longer terms risks on the balance sheet are being highlighted. However, there are opportunities to exploit the WGA’s potential more fully and to improve the WGA to enable me to remove my qualifications. The Treasury also needs to work with the bodies that provide data to improve the timeliness and accuracy of the information that it receives. Furthermore, better analysis by the Department of trends in government's assets and liabilities will help to demonstrate the full financial impact of changes in the delivery of public service in the next Parliament."

The Treasury is continuing to improve the Whole of Government Accounts (WGA), which shows in a single document the overall financial position of the UK public sector. Since the National Audit Office last reported, the Treasury has taken forward a number of initiatives to improve the robustness, timeliness and quality of the WGA and to help the Government use the document to inform its understanding of its financial position.

The most significant achievement for this year has been in the timeliness of the delivery of the WGA. The Treasury has published the WGA 2013-14 within 12 months of the reporting date, the first time that the WGA has been published so quickly. This is a significant step forward for the WGA and will provide more effective transparency and accountability for how public finances are managed.

However, the head of the NAO, Comptroller and Auditor General Sir Amyas Morse, has again qualified the WGA because of continuing issues with the quality and consistency of the data included; and has again expressed concern that bodies such as Network Rail continue to be excluded even though accounting standards require their inclusion. The NAO points out that Sir Amyas’s audit opinion on the 2013-14 WGA is similar to that of previous years. However, he also notes that the Treasury has plans in place to resolve most of the underlying issues leading to qualification and that it may be possible to remove a number of qualifications in the next three years.

The Treasury has, in particular, made significant progress in improving the quality of the data within the WGA through its management of the range of transactions that are made within the boundary of government, termed intra-Group transactions. The Comptroller and Auditor General is hopeful that the Treasury can maintain progress so that he can lift this qualification next year.

The latest set of accounts, the fifth to be published by the Treasury, shows that net expenditure (the shortfall between income and expenditure) decreased by £30.1 billion to £148.6 billion largely owing to an increase in taxation revenues and stabilisation of overall expenditure. Direct expenditure (money spent in the direct delivery of the Government’s policies) fell for the first time since 2010-11, by £2.2 billion in 2013-14 to £663.6 billion, mainly because of a reduction in provision expenses offset by increases in the purchase of goods and services. Within this overall expenditure, public sector staff salaries have fallen for the first time to £146.4 billion from £147.6 billion and the overall cost of benefits has also fallen to £213.4 billion from £215 billion.

The WGA is one part of a wider set of processes which Treasury uses to manage significant risks to public finances. The Treasury has improved its analysis of the trend data within WGA, which is starting to reveal the impact of fiscal consolidation and improvements in the performance of the economy. For example, WGA shows the effect on salaries of reductions in public sector staffing; the process of restructuring the benefits regime; and the increases in revenue flowing through from the emerging economic recovery during 2013-14. The Treasury’s analysis of trends in government assets and liabilities should be enhanced to demonstrate the full financial impact of changes in the delivery of public service in the next Parliament.

The Treasury is taking steps to make disclosures in WGA more detailed and transparent. However, there is more to be done, particularly in relation to the disclosures on the purchase of goods and services; the risks related to borrowing; and fraud and losses across government. Enhancing disclosures in these areas will help the reader to see how government spends taxpayers’ money; assess the impact of the government’s management of the economy on borrowing; and understand the main sources of financial losses.