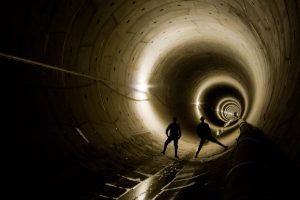 Review of the Thames Tideway Tunnel

This report examines the evidence base supporting the decision to proceed with the Thames Tideway Tunnel, a tunnel running 25 kilometres from Acton to Abbey Mills, as well as progress achieved to date.

The National Audit Office (NAO) has today published the findings from its review of the Thames Tideway Tunnel. This is a £4.2 billion project to construct a 25 km sewer tunnel running from West to East London to reduce sewage overflows into the Thames. This review is an update of developments since the NAO report in 2014, which found six areas that were considered critical for achieving value for money.

Thames Water began studies in 2000 looking at reducing sewage overflows into the Thames Tideway. A 1991 EU Directive required the UK to protect the environment from waste water discharges. In 2012 the Court of Justice of the European Union found the UK in breach of this Directive, meaning that the UK was, and still is, at risk of fines if the problem is not addressed.
As the project is scheduled to be fully operational by 2024, it is still too early to form a value for money conclusion, but the NAO expects to provide updates on the Tunnel project. The NAO is not the auditor of Thames Water, a private company, responsible for sewerage infrastructure in London and for developing a solution to the problem of overflows.