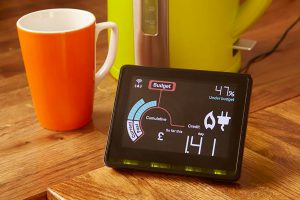 This report examines the Department for Business, Energy & Industrial Strategy's progress in rolling out smart meters.

Smart meters can record energy consumption in each half-hour period and communicate with energy suppliers and network companies. Because traditional meters are incapable of doing this, replacing traditional meters with smart meters is a necessary step towards enabling a future ‘smart energy system’: a system that uses information and communications technology to control electricity generation and use in near real‑time to provide a more reliable and cost-effective electricity system. The government expects this to have significant economic benefits in the long term as renewable energy and electric vehicles become more widespread. In addition to enabling a smart energy system, the government sees smart meters as a way of reducing energy suppliers’ costs and encouraging consumers to pay more attention to the energy they use, reduce energy consumption and increase competition in the market.

The Department for Business, Energy & Industrial Strategy (the Department) forecast in 2013 and 2016 that the Smart Metering Implementation Programme would require £11 billion of investment in installations, equipment and systems. The costs are equivalent to £374 per dual fuel household, but these costs are expected to be more than offset by reduced energy consumption and operational cost savings for the industry. In 2013, the Department forecast that the total benefits of the programme would be £17.7 billion, creating net benefits of £6.7 billion. In 2016, it updated its analysis and forecast net benefits of £5.7 billion. The costs of the programme will mainly be incurred during the rollout phase, whereas most of the benefits will be spread over subsequent years. The benefits of the programme are therefore more uncertain than its costs. There is already some evidence that costs were underestimated in the 2016 analysis.

We previously reported on the Smart Metering Implementation Programme in 2011 and 2014. This report examines:

The Department acknowledges that, notwithstanding the industry and other bodies involved, it is responsible for the overall success of Smart Meters. While recognising the team’s achievements so far, we urge them to make sure the team culture does not become defensive, and resistant to inconvenient truths.

The facts are that the programme is late, the costs are escalating, and in 2017 the cost of installing smart meters was 50% higher than the Department assumed. 7.1 million extra SMETS1 meters have been rolled out because the Department wanted to speed up the programme. The Department knows that a large proportion of SMETS1 meters currently lose smart functionality after a switch in electricity supplier and there is real doubt about whether SMETS1 will ever provide the same functionality as SMETS2. The full functionality of the system is also dependent on the development of technology that is not yet developed.

The facts summarised above, and many more, are not fatal to the viability and value for money of the programme. However, there are serious issues that need to be addressed if Smart Meters is to progress successfully and deliver value for money.

The Smart Meters Programme has serious issues which the government needs to address if smart meters are going to succeed. Watch our video to find out more.