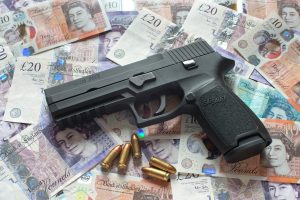 This report examines whether the government tackles serious and organised crime in an effective and coherent way.

Serious and organised crime is planned, coordinated and committed by people working individually, in groups, or as part of transnational networks. Criminals’ motivation is often financial gain but varies depending on the type of criminality. The most harmful serious and organised crimes include modern slavery and human trafficking, organised immigration crime, child sexual exploitation and abuse, money laundering, fraud and other economic crime, bribery and corruption, cyber-crime, illegal firearms and illegal drugs.

In this report, we have examined the government’s strategic response to serious and organised crime, and the extent that the enablers to successful implementation of the 2018 strategy have been put in place. We examined the work of the Home Office (the Department) and the NCA, who together oversee and coordinate the government’s response. The report does not look in detail at how other government bodies are set up to contribute.

Serious and organised crime is evolving at a rapid rate, as criminal networks identify new vulnerabilities and adapt their activity in response to law enforcement action and the opportunities offered by new technology. Those tackling serious and organised crime recognise the seriousness of this challenge and have plans in place to build the teams and expertise to deal with it. We have also seen examples of improved collaboration across government and beyond to disrupt criminal groups, safeguard vulnerable people and seize illegal goods.

However, there remain some significant and avoidable shortcomings that may prevent government and its partners from meeting its aim to “rid our society of the harms of serious and organised crime”. The government is therefore not yet able to show that it is delivering value for money in this area. The Department and the NCA do not know whether their efforts are working and are not yet able to target resources against the highest-priority threats. Despite ongoing efforts to improve them, governance and funding arrangements remain complex, inefficient and uncertain. Unless the government addresses these issues there will continue to be a mismatch between its ambitious plans to respond to serious and organised crime and its ability to deliver on them.