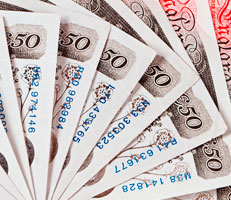 Following review by a former tax judge, the NAO concludes that all five settlements were reasonable but there is concern over the settlement processes.

"On the basis of Sir Andrew Park’s reports, I conclude that the settlements reached by HMRC in these five cases were all reasonable. Moreover, in settling them, the Department successfully resolved multiple, long-outstanding tax issues. "However, our concerns over the processes by which the settlements were reached have been confirmed. It was not appropriate to set up governance arrangements specific to certain cases or to fail to apply processes correctly. Poor communication with staff also undermined confidence in the settlements."

The National Audit Office has concluded, on the basis of an examination by former High Court tax judge Sir Andrew Park of five large tax settlements, that all five settlements were reasonable and the overall outcome for the Exchequer was good. However, the spending watchdog has expressed concerns about the processes by which the settlements were reached and over poor internal communication of the reasons for settlement.

The NAO review of the settlements followed serious concern by the Public Accounts Committee about how HM Revenue & Customs had handled them or overlooked governance arrangements. The NAO also examined the basis of concerns expressed by whistleblowers.

According to today’s report, all five settlements were reasonable for the Department to have reached under the circumstances and at least one may have been better than reasonable. These large settlements are complex and there is no clear answer to what represents the ‘right’ tax liability. In each case, there was a range of justifiable positions the Department might have taken. The NAO’s examination included consideration of whether the settlement in each case was as good as or better than the outcome that might be expected from litigation, taking into account the risks, cost, uncertainties and timescale of the latter option.

Specialist staff were sometimes excluded from the final settlement negotiations and the Department did not always ensure that these staff involved understood the reasons for settlement. Poor internal communication of the reasons resulted in a loss of confidence in the settlements, both internally and externally.

It is not clear that all settlements were fully compatible with the Department’s Litigation and Settlement Strategy. For instance, there are some disputes where the only possible outcomes are either that the taxpayer owes nothing or that it owes the full amount. In these circumstances, the Department’s Litigation and Settlement Strategy does not permit ‘splitting the difference’. In one settlement, the Department settled for less than if it had won in litigation.  This was reasonable, given the costs and uncertainties of litigation, but was not clearly compatible with the Strategy.

In most cases, there was no need to seek legal advice before agreeing settlement terms. In one case, the Department did not consult its lawyers when it should have done because there was ongoing litigation.

The findings of today’s report confirm the NAO’s concerns regarding the governance arrangements operating in these cases. The Department has acknowledged that its governance processes need strengthening and is introducing new arrangements, including the appointment of an assurance Commissioner, who will approve all large settlements.