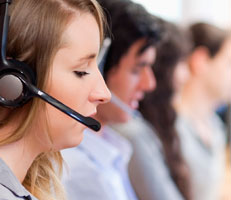 Shared services in the Research Councils

The implementation of a project to create a centre to streamline back-office functions for the seven research councils has so far not been good value for money and there is a risk that the councils may not recover their investment.

"This is yet another example of a project embarked upon without the necessary planning. Once it did start to go wrong, proper governance or intervention from the Department should have rectified the problems, but this did not happen until a great deal of taxpayers' money had been spent. "The Department, the research councils and the Shared Service Centre now need to get performance up to where it needs to be. Any plans for expanding the range of clients served by the Centre must be based on a thorough and realistic assessment of value for money."

The implementation of a project to create a centre to streamline back-office functions for the seven research councils has so far not been good value for money and there is a risk that the councils may not recover their investment. When finally operational 15 months late, the Centre was delivering services across the five functions planned but some services, particularly finance, are not yet where they need to be.

The aim of the Shared Service Centre was to share services, such as finance, HR and procurement, in order to make savings. By the end of March 2011 the project was £51 million over budget. The councils have not monitored benefits effectively, resulting in a lack of clarity about the savings delivered. However, the available evidence indicates that to date the project has underachieved against total expected savings by at least £73 million. And it is likely to take two years longer than planned before the project recovers its set up costs.

The original business case, which led to the decision to opt for the shared service centre, was flawed. The projected savings to be made from better procurement were uncertain and a proper financial analysis should have prompted a re-evaluation of the available options, but this did not happen.

According to today’s report, the reasons for the overrun and delay included complex governance arrangements, slow decision making and the lack of a clear vision for the project from the outset. The contract with Fujitsu, the supplier of the Centre’s ICT systems, was terminated wasting £13 million because some elements of the system then had to be rebuilt in-house. When the project did start to go off-course, the Department for Business Innovation and Skills, as sponsor Department, did not intervene.

A single shared service platform has the potential, if managed effectively, to offer broader benefits through streamlined processes. The performance of new services can take time to stabilise following launch. In this instance, some of the functions, particularly finance, have yet to operate at the performance level required. The report concludes that there is significant scope for further savings.