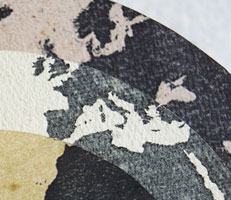 Spending reduction in the Foreign and Commonwealth Office

The FCO did well in 2009-10 in quickly bringing its expenditure down to within its budget. However, measurement and evaluation were limited. The FCO's approach to cost reduction must now be fully strategic and sustainable. It will be vital to avoid damaging value for money through over-simplistic cuts.

"The Foreign and Commonwealth Office did well in 2009-10 in quickly bringing its expenditure down to within its budget, and we recognise the significant effort and teamwork involved. However, measurement and evaluation were limited. The FCO's approach to cost reduction must now be fully strategic and sustainable. It will be vital to avoid damaging value for money through over-simplistic cuts."

The spending cuts made by the Foreign and Commonwealth Office in 2009-10, mainly in response to exchange rate pressures, provided an early experience of the challenges the Department will face in cutting its core expenditure by 10 per cent as a result of the 2010 Spending Review.

The Department rose to the challenge of making the 2009-10 cuts. However, they were a short-term response to the immediate problem of a forecast budget shortfall of £72 million. They were designed to reduce in-year spending quickly, rather than aimed at achieving long-term efficiencies. In contrast, cuts to core expenditure as required by the spending review, if they are not to result in an erosion of service quality, will demand a more strategic approach.

The 2009-10 spending cuts were made with some attention to prioritization. There is evidence of the Department’s seeking to protect its front-line activities and intending to make reductions in spending permanent. In addition, it was also making efficiency savings in response to the 2007 spending review. However, it did not establish any process to ensure that the spending that was cut was not resumed subsequently. The Department could not be sure that all the cuts were implemented as intended or had the least possible impact on its business.

Most of the FCO’s spending reduction resulted from its doing less – either slimming down budgets or stopping activities altogether. The NAO also estimates that about 10 per cent of cuts were achieved through simple deferral: postponing activities such as non-essential maintenance to a later year. In addition, although the Department had assessed the risks of making spending cuts, at the time the cuts were made it did not have measures in place to assess the impact of the cuts on the achievement of its objectives.

In February 2010 the Department had started to develop contingency plans in case further cuts were required in 2010-11. However, it did not conduct a formal evaluation of its spending reduction activities in 2009-10 and therefore missed a valuable opportunity to learn.