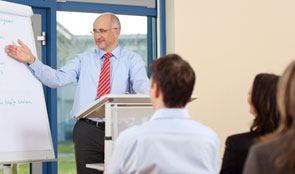 There have been improvements in the way government plans and manages public sector activity, but the NAO does not consider that there exists a coherent, enduring framework for planning and management. This report is published alongside 'Government's management of its performance: progress with single departmental plans'.

"Time and again, we find that problems in the delivery of public services can be traced back to the way government goes about planning and managing business in pursuit of an administration’s policy objectives. Instead of an enduring framework that supports coherent strategic planning, effective business management and accountability, the current approach amounts to a collection of top-down, set-piece processes and guidance that fail to make the most of the understanding and expertise across government. We welcome the process improvements in the most recent Spending Review, and the signs of improvement in individual departments’ business planning, but government must make a deeper cultural change if it is to make a lasting difference to its performance, and narrow the gap in accountability and transparency. This is all the more important as a new administration, with redefined and urgent objectives, seeks to hit the ground running."

The National Audit Office has today published its reports on The Spending Review 2015 and Government’s management of its performance: progress with single departmental plans. These cover two key elements of the way government plans and manages its business: the mechanism for HM Treasury and departments to agree the high-level financial plans for the parliament; and the latest approach to planning and reporting on departments’ objectives and performance.

The reports find that there have been improvements in these important elements of the way government currently plans and manages public sector activity, but overall the NAO does not consider that there exists the coherent, enduring framework for planning and management that government needs.

A strong, enduring, integrated framework for planning into the medium-term and beyond would allow any government to: make achievable plans; know whether it is on track, adjust its approach where necessary; and provide clear accountability to Parliament. While government considers that it has in place effective arrangements, albeit with room for improvement, it is the NAO’s view that  the set of current processes and guidance do not add up to such a framework, and the effects can be seen in examples of poor value for money and a lack of long-term, joined-up thinking. Making the shift to a new approach will not be easy. The challenge for the UK cannot be underestimated, given the scale and complexity of government, and the additional requirements of exit from the European Union. In the NAO’s view, however, this makes achieving that shift all the more urgent.

A fundamental part of such a framework is how government allocates its resources, and this is primarily carried out through spending reviews. In today’s report on Spending Review 2015, the NAO found that while HM Treasury has made some incremental progress following NAO and Public Accounts Committee reports, the improvements have not progressed as far as expected.

Taxpayers have a right to expect that decisions taken in Spending Reviews are based not only on government policy commitments, but also on robust data about how much the different options cost and whether these options will enable the government to achieve its goals. The Spending Review is a complex exercise and HM Treasury has made some positive changes, including improvements in how it works with departments, but the process still does not make full use of expertise within government. The strong focus on the spending review period to 2020 meant there was less attention paid to longer-term funding decisions or impacts.

HM Treasury’s approach to the Spending Review remains rooted in bilateral negotiation and does not sufficiently incentivise collaboration across departments. This means it functions well as a control on departments’ spending, but cannot maximise the value for money of that spending, by tackling difficult and entrenched issues. HM Treasury considers that the Spending Review process is effective in prioritising resources and delivering value for money.

Today’s report on Single Departmental Plans (SDPs) supports the ambitious scope that has been set out for the plans as a business planning and management tool covering all a department’s activity. The NAO’s case examples show that many departments are using the SDPs as an opportunity to improve their business planning and monitoring of performance, albeit from a low base. The report recognises that SDPs provide the opportunity to embed a more robust, outcome-focused business planning approach and, if fully integrated with periodic spending reviews, could potentially contribute to the cultural shift that is required.

However, the NAO remains concerned that, while the SDP initiative builds on learning from previous performance systems, it does not provide the degree of Parliamentary accountability that was promised, nor represent good practice in transparency. It fails to meet the government’s stated aim to be “the most transparent government ever”, as the great majority of the SDPs’ content is not included in the public version.