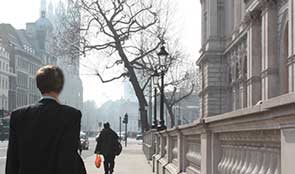 MyCSP has the potential to be good value for money with a projected saving of 50 per cent on costs, but the Cabinet Office and MyCSP still face many large challenges in transforming the service.

"We recognize there is significant potential value in the MyCSP deal for the Cabinet Office and for scheme members. But, given the challenges and the imminent pension changes in 2015, government will have to remain actively engaged as customer, shareholder and supplier to capture the full benefits of this deal and to ensure the risks do not revert back to government. The Department also needs to persist with its evaluation strategy to learn fully from this ‘pathfinder’ transaction and disseminate the lessons.”

The Government’s first mutual joint venture MyCSP, which administers pensions for 1.5 million civil service employees, has the potential to be good value for money with a projected saving of 25 per cent on costs after seven years, according to a report published today by the National Audit Office.

However, the complexity of the deal combined with poor quality of data, initial planning, and infrastructure meant that it took the Cabinet Office longer than intended to finalise the transaction. The Cabinet Office’s early planning of the deal suffered from poor governance; and the original transaction timetable and financial model were over optimistic. Furthermore, the Department and MyCSP still face many large challenges in transforming the service. The biggest challenge is improving data to support the implementation of the new 2015 pension scheme.

The deal is projected by the Department to reduce the cost of administration by 25 per cent, to £13 per member per year by 2019. Scheme members should receive a better quality of service as a result of significant investment in the business by the private sector partner, Equiniti Paymaster, and a payment mechanism that penalizes MyCSP if it misses the service standard levels in the contract.

The deal also means that MyCSP now has a credible plan to meet the challenges of the 2015 civil service pension reforms, including data improvement.

According to today’s report, the Department did not initially make the most of the opportunities to learn from this transaction as a pathfinder, but has now reviewed the lessons learned from executing the transaction and has put in place an evaluation strategy.

The report concludes that the Cabinet Office must ensure it evaluates the longer-term comparative performance of MyCSP and captures and disseminates the lessons learnt from the deal.