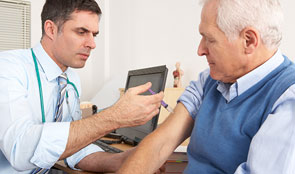 “Against the background of increasing demand and pressure on NHS resources, the challenge is how to maintain people’s positive experience of accessing general practice and reduce variation. The Department of Health and NHS England are working to improve access, but are making decisions without fully understanding either the demand for services or the capacity of the current system.Better data is needed so that decisions about how to use limited resources to best effect are well-informed.”

People’s experience of accessing general practice remains positive, with almost 9 in 10 patients reporting in 2014-15 that they could get an appointment. Patient satisfaction with access is, however, gradually and consistently declining, and a fifth of patients report opening hours are not convenient, according to today’s report from the National Audit Office.

Worsening access to general practice matters: if patients cannot access general practice they are more likely to suffer poorer health outcomes or to use other, more expensive, NHS services such as accident and emergency departments.

The NAO found that there is considerable variation in access between different patient groups: older patients were more likely than younger patients to report that they were able to access appointments. The NAO also found that people from a white ethnic background reported better access than those from other ethnic groups. Differences in GP practices’ working arrangements also affect the proportion of patients who can get appointments.

Demand for general practice is increasing as the population grows and people live longer, often with multiple medical conditions. However, the Department of Health and NHS England do not have up-to-date data to estimate the number of consultations. The organisations that the NAO spoke to considered that general practice is under increasing pressure, with demand rising by more than capacity.

The NAO identified that problems in recruiting and retaining GPs are increasing, with 12% of training places in 2014/15 remaining unfilled. GPs make up only 29% of the general practice workforce, so alone are unlikely to be able to deal with the rising demand for services. Practices are increasingly using other staff to help manage demand.

Today’s report finds that deprived areas tend to have a lower ratio of GPs and nurses to patients, and where the ratio is lower it is harder for patients to get appointments. The distribution of general practice staff across the country does not reflect need. NHS England allocates funding to local areas using weighted populations that reflect factors such as demographics, health needs and local costs. Despite this, inequalities remain, with the combined number of GPs and nurses in each local area ranging from 63 to 114 per 100,000 weighted population.

Among the NAO’s recommendations are that NHS England should improve the data it collects on demand and supply in general practice, and research how different practices’ appointment-booking and other working arrangements drive variations in access. While making changes designed to improve access, NHS England should analyse the impact on different patient groups.