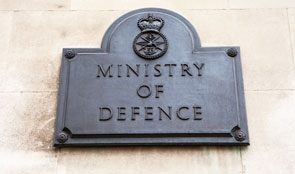 Strategic financial management in the Ministry of Defence

The Ministry of Defence’s strategy for improving its financial management has put its finances on a sounder footing and is delivering results, but there are still considerable challenges ahead, including delivering the savings already removed from budget allocations.

“The MOD is in a better position now than it was in 2010 to manage its future spending plans effectively. It has taken substantial steps to lay the foundations for future stability. There are, however, some significant risks that the Department must manage, including delivering the savings already removed from budget allocations. Good financial management alone will not achieve all the necessary changes. This will also be dependent on changing the behaviour necessary for the system to work, and improving the skills within DE&S and DIO. As with any long-term strategy, it is inevitable the Department will face challenges sustaining progress.”

The Ministry of Defence’s strategy for improving its financial management has put its finances on a sounder footing and is delivering results, but there are still considerable challenges ahead, the National Audit Office reported today.

When the NAO last reviewed the Department’s financial management, in 2010, the spending watchdog found that the MOD had over-committed against its budget, which resulted in short-term cuts and the deliberate slowing down of equipment delivery. This rescheduling created programme and budget instability and poor value for money.

Since then, the MOD has sought to reduce the funding gap in its equipment programme and introduce a new management structure to ensure better financial management throughout the Department.  In its report published today the NAO finds that the MOD has brought its costs under greater control and that its structural changes have encouraged the Army, Royal Navy, Royal Air Force and Joint Forces, known collectively as “the Commands”, to take on greater responsibilities for day to day financial management. The MOD’s Head Office has taken on a more strategic role in managing the defence budget, focusing on overall affordability challenges and managing financial risk.

To address the gap between its forecast costs and funding the MOD cancelled some projects, took other equipment out of service earlier than planned, andput in place an affordability regime, the Equipment Plan, for buying and supportingequipment over the next 10 years.  It also put in place plans to achieve savings to staff, military personnel and other administrative costs over the period 2010 to 2015. In total, the Department reports that it has achieved the £9.7 billion savings to which it committed and has lived within reduced budgets that reflect these savings. However, it has not sufficiently tracked how it achieved all of these savings and is unable to demonstrate whether it has met its budget through efficiency measures, moving costs into future years, stopping projects or transferring costs.

Risks remain to the continued balance of the defence budget. Workforce costs are the Department’s biggest area of budget and any small change in the assumptions the MoD has made could therefore impact significantly on overall costs to the defence budget. The MOD’s estate is currently significantly larger than the Department can afford to maintain and it can afford to fund only half of the estate infrastructure programme the Commands believe they need to deliver the Department’s strategic objectives.   The Department will also need to improve its performance so that it can deliver the £6 billion of savings already assumed in future equipment budget allocations.

As part of the new management structure, the Commands now manage most of the defence budget giving them the ability to decide how to use their own resources to best effect.  To do this they must engage with the MOD’s procurement (DE&S) and infrastructure (DIO) organisations who supply the equipment and infrastructure the Commands require.  The NAO found that the Commands are taking ownership of these budgets but need to develop their financial skills and project and programme management capability to take on this enhanced role.  The Department will also need to do more to clarify how increased delegation of responsibilities to the Commands will improve longer term value for money.

The Department recognises that DE&S and DIO do not currently have the skills they need to deliver the requirements of the Commands.  It is also aware that its information technology systems are not currently delivering the information that it needs to manage its business effectively.  For example finance staff still spend too long processing information rather than analysing it.  After a slow start, the Department has put in place plans to improve performance across all these areas which include support from the private sector.  The Department should be ready to react quickly if the performance improvements required fail to materialise, thereby risking destabilising the defence budget.

Better financial management has resulted in some improvements in how the Department produces its financial accounts. However, the NAO’s audit of the accounts continues to identify weaknesses in internal controls and major issues which may cause significant mis-statement in a wide range of areas.

The Department recognises that improving its financial management is a long-term endeavour, with sustained effort needed to maintain progress.  Many of the recent changes to its structure and capabilities are not yet fully implemented and the forthcoming Strategic Defence and Security Review will be the first real test of their strength.