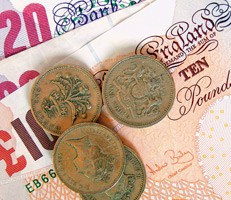 The Ministry of Defence does not place sufficient emphasis on financial management in its decision making. Annual financial plans at the MOD have been over-committed. During 2009-10 the Department had to find additional savings of £800 million to bring its planned expenditure back into line with its budgets.

"A crucial question for the Ministry of Defence is whether it can use strategic financial management to stop living beyond its means. The current Strategic Defence and Security Review will provide an opportunity for the MOD to balance its books in the short-term. The greater challenge will be to keep spending plans affordable in the longer term. The Department is not at present placing enough emphasis on financial management to be able to do this."

The Ministry of Defence does not place sufficient emphasis on financial management in its decision making, according to a report released today by the National Audit Office.

Annual financial plans at the MOD have been over-committed. By the end of July 2009, the budget for the Department was exceeded by its forecast for the rest of that year by £700 million. When the assumptions underlying the plan for 2010-11 were reassessed, the forecast deficit grew from £185 million to over £500 million.

While not all of the factors that have led to the Department’s plans being over-committed are of its own making (defence cost inflation is higher than in the domestic economy and the long-term and relatively inflexible nature of defence projects), the Department is able to make choices in setting its budgets and priorities and could use financial management more effectively to address those factors which are within its control.

The shortfalls in financial management have significant consequences. The over-commitment in future spending plans has led to additional savings being necessary. During 2009-10, the Department had to find additional savings of £800 million to bring its planned expenditure back into line with its budgets. Finding these reductions mid-year is a time-consuming and destabilising exercise. Many areas have to revisit or adjust their plans leading to delays, material changes to project specifications and costly renegotiation of contracts with industry. Delaying projects also leads to significant increases in the project cost.

In May 2010, the Government announced a Strategic Defence and Security Review. This Review will provide an opportunity for the Department to rebalance its future spending plans in the short term. Over the longer term, however, the challenge for the MOD will be to ensure that these plans remain in balance.

The finance function at the MOD does not have as central role in strategic planning as it should have. Financial management does not have a high enough priority to counter the Department’s tendency to make over-commitments in its strategic planning. The Department has work underway that should make its financial planning more effective, but it also needs to demonstrate that it has the will to use the tools it already possesses.