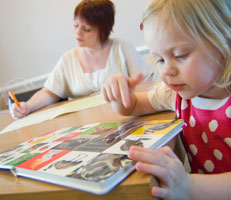 HMRC has improved its approach to tackling error and fraud in tax credits but still lost £2.3 billion in 2010-11.

"The tax credit system is complicated, and HMRC will have to overcome significant challenges if it is going to achieve value for money. HMRC deserves credit for demonstrating innovation, but it has further to go to achieve sustainable reductions in tax credits error and fraud. To tackle error and fraud effectively, there needs to be an improved understanding of risks and better use of information."

HM Revenue & Customs has improved its approach to tackling error and fraud in tax credits but has not yet achieved a sustainable reduction in the level of losses, according to a report today by the National Audit Office.

In 2009, HMRC announced a target to reduce error and fraud to 5 per cent by 2010-11, down from 9 per cent. HMRC missed this target. Error and fraud losses for 2010-11 were just over 8 per cent, amounting to almost £2.3 billion, around £850 million higher than if HMRC had achieved the target. Today’s report concludes that, while HMRC has made improvements to its approachand increased the amount of error and fraud it prevents, HMRC is not yet achieving value for money.

The target prompted HMRC to introduce a new approach to tackling error and fraud. From April 2009, it increased the number of checks on claims, targeting claims at greatest risk of containing fraud and error. HMRC has been innovative in how it tackles error and fraud, developing a wide range of activities to tackle specific types of risk and monitoring their effectiveness.

HMRC believed it was on track to meets its target, but had overestimated the impact of its activities to tackle error and fraud. It estimated that it had prevented £1.4 billion of error and fraud in 2010-11, but has revised this to under £500 million.

HMRC has not yet developed an effective response to stop error and fraud recurring after it has corrected a claim. It has also been less effective in tackling certain types of risk, such as the misreporting of hours worked by claimants.

Despite HMRC increasing the number of checks to tackle error and fraud, there remain a substantial number of incorrect awards at the end of each year. In 2010-11, in the case of 1.4 million awards, claimants were paid more than they were entitled to.

The NAO found that HMRC has strengthened its approach during 2011-12 through the better use of data analysis, but the outcome of this work cannot be fully assessed until the next set of error and fraud data is available in summer 2013.