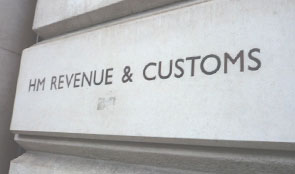 HMRC has met its targets to raise more tax revenue in the short-term; however, an estimated £16 billion is lost to tax fraud each year. HMRC needs to improve the way it uses data and analysis to understand the effect of its actions to tackle fraud.

“HMRC loses £16 billion a year due to tax fraud, but reducing these losses is not straightforward. HMRC has met its targets to raise more tax revenue in the short-term. It now needs to consider whether its overall strategy is designed to achieve the best long-term outcomes. We will be evaluating HMRC’s performance in tackling different types of tax fraud in more depth. As we do so, we will be looking for further improvements in the way HMRC uses data and analysis to understand the effect of its actions in both the long and short-term.”

According to a report by the National Audit Office published today, HMRC estimates that losses to tax fraud amount to £16 billion each year. This is nearly half of HMRC’s estimate of the tax gap (£34 billion): the difference between the amount of tax HMRC should collect each year and the amount it actually collects.

Today’s report is the first in a series of reports which will evaluate how effectively HMRC tackles different aspects of tax fraud, a longstanding problem not only for HMRC but for tax administrations around the world. Reducing the amount of tax that is lost due to tax fraud is a high priority for HMRC. To do this it will need to make better use of its data and develop its analysis.

In 2014/15 HMRC reported £26.6 billion[1] additional revenue from all its compliance work, including work to tackle tax fraud but also work to tackle other parts of the tax gap like error and tax avoidance.  HMRC has only partial data on how much of the total yield is derived from its work to counter tax fraud. For example it has more complete information on its work to tackle organised crime than tax evasion. We estimate that between 30% and 40% of total compliance yield is generated by HMRC’s activities to tackle tax fraud, but this is an estimate based on partial evidence.

HMRC assesses that two groups, smaller businesses and criminals, are responsible for 17 of the 21 biggest tax fraud risks. Of these, 8 relate to organised crime and 9 involve medium-sized, small or micro-businesses.
HMRC believes these businesses are responsible for tax losses of £17 billion, almost half of the total tax gap, but does not consider its internal estimate of how much of this is the result of tax fraud robust enough for publication.

HMRC has assessed that using its powers to investigate by civil means is usually the best way to recover missing tax at the lowest cost. It pursues criminal prosecution for cases where it believes it needs to send a strong deterrent message or when, given the severity of the fraud, it considers prosecution the only appropriate action.

HMRC met its target to increase prosecutions by 1,000 a year by 2014-15, but recognises that it needs to better prioritise the cases it selects for criminal investigation. Although HMRC cannot demonstrate that this was the right number, the target had the effect of prompting the department to change its processes and make its investigations more efficient. This led it to focus on less complex cases, in particular a large number of prosecutions for people who had evaded income tax, VAT and tobacco duty. HMRC has recognised that it needs to prosecute cases that more closely correspond with its analysis of tax fraud risks.

HMRC is now taking a broader look at its strategy by, for example, starting to shift the balance of its work, placing more emphasis on measures to prevent losses rather than relying so much on investigating them afterwards. It has also improved its assessment of risk, including what risks might occur in the future. It is also working to improve the quality and amount of data it uses as part of an ambitious long-term strategy to transform its business.

[1] A significant element of the yield calculation relies on estimates of current and future benefits and is not the amount of cash generated each year from HMRC’s enforcement and compliance activities.