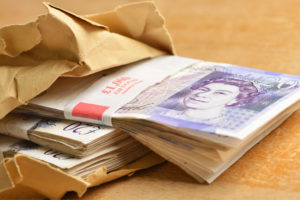 This report examines the effectiveness of HMRC’s approach, in partnership with HM Treasury, in reducing the tax gap.

HM Revenue & Customs (HMRC) reported record tax revenue of £627.9 billion in 2018-19, an increase of £22.1 billion (3.6%) on 2017-18. Tax administrations rely heavily on taxpayers reporting and paying their taxes in line with the rules. In 2018-19 HMRC received 90% of total tax owed this way. Inevitably some taxpayers make mistakes, others choose not to comply, and some cannot pay because of insolvency. In other cases, taxpayers interpret tax rules differently from HMRC, which can affect the amount of tax they pay, or construct artificial arrangements to avoid tax. HMRC’s most recent estimate of the difference between the amount of tax theoretically owed and the amount collected – known as the tax gap – was £31 billion in 2018-19, equivalent to 4.7% of the total tax owed.

A wide range of factors affect the tax gap, some of which are outside the control of tax administrators. For example, the state of the economy, demographic changes (such as more people in self-employment) and the perceived fairness of tax policy can all affect how many voluntarily pay tax (voluntary compliance). Tax administrators can increase tax revenue by encouraging voluntary compliance and stopping non-compliance. This includes making the tax system easier to use, detecting mistakes when taxpayers submit their returns and catching deliberate attempts not to comply.

This report looks at HMRC’s approach to tackling the tax gap. HMRC needs to understand the scale and trend of the tax gap, to gauge its performance in collecting tax revenue and to inform decisions about how to tackle non-compliance. In this report we consider:

In July 2020, HMRC reported that it had reduced the tax gap from its recent peak level of around 7.2% of theoretical tax owed (£38 billion) in 2013-14 to 4.7% in 2018-19 (£31 billion). The figures can be subject to considerable revision each year making it difficult to use the tax gap as a measure to assess performance, particularly in the short-term. It does, however, help in understanding the relative size of each area of the tax gap. HMRC is developing a wider set of indicators to help improve its understanding of its performance.

HMRC’s measure of compliance yield remains the best indicator of its performance because it calculates the direct return from its work to tackle the tax gap. Performance against this measure suggests that HMRC’s work to tackle non-compliance offers good value for money, with rates of return ranging from 7:1 to 44:1. When reducing resources HMRC has chosen to prioritise areas offering lower rates of return to maintain sufficient coverage of all taxpayer groups.

Keeping the tax gap low remains challenging because taxpayers continually change their behaviour to exploit opportunities in the tax system. Although organised around taxpayer groups, HMRC has successfully reduced the tax gap by targeting the underlying incentives behind non-compliant behaviour, in particular in relation to mass-marketed tax avoidance schemes. Lessons from these successes have not been applied more broadly, such as where taxpayers bend the rules or do not take reasonable care. Developing approaches to change the underlying behaviours could complement HMRC’s ongoing work and improve value for money.