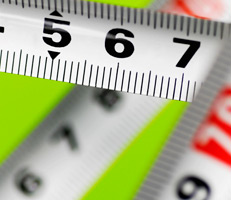 Taking the measure of government performance

In its final review of the quality of the data systems used by departments to measure progress against PSAs, the NAO underlines the vital importance of measuring government performance.

"Measuring government performance is vital. It shows whether the taxpayer is getting value for money and lets government learn from experience and improve performance. PSAs became progressively better specified but were not fully tied into resource management systems. Any new performance metrics need to be clear, measurable and directly related to the resources used to deliver them"

The National Audit Office has today underlined the vital importance of measuring government performance. Good performance measurement frameworks show taxpayers what they are getting for their money and enable the Government to assess whether it is achieving its key objectives cost-effectively. In its final review of the quality of the data systems used by government departments to measure progress against Public Service Agreements (PSAs), the NAO concludes that the PSA framework provided a clear focus on the objectives that mattered for the then Government, and had gradually improved over the years.

According to today’s report, the quality of data systems and of disclosures about measurement policies has risen: 58 per cent of PSA data systems, under 2007’s Comprehensive Spending Review (CSR07), were fit for purpose, up from 30 per cent under the 2002 Spending Review. The NAO notes, however, that a third of CSR07 systems needed strengthening to improve controls or transparency and 10 per cent of systems were not fit for purpose.

The NAO found that PSAs became progressively more focused on key priorities, and more clearly stated. The use of indicators allowed for better measurement of progress against individual PSAs and better reflected the complexity of outcomes that departments sought. However, weakness in the operation and design of the framework means that accountability has not been as strong as it should have been. PSA indicators generally did not make clear the extent to which outcomes were the result of government activity. And financial information has been poorly linked with PSA indicators. The apportionment of annual departmental expenditure was not broken down by the indicators used to report progress and did not facilitate more in-depth analysis of the cost of progress. This hinders strategic decision-making because it is not clear what allocation of available resources could achieve the best overall results. The ability to link financial and performance information is particularly significant at a time when public sector budgets face severe cuts.