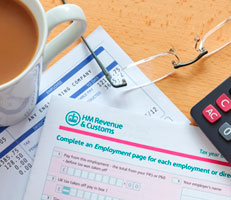 HMRC is making some headway in reducing opportunities for tax avoidance, but over 100 new schemes have been disclosed in each of the last four years.

"HMRC must push harder to find an effective way to tackle the promoters and users of the most aggressive tax avoidance schemes. Though its disclosure regime has helped to change the market, it has had little impact on the persistent use of highly contrived schemes which deprives the public purse of billions of pounds.

"It is inherently difficult to stop tax avoidance as it is not illegal. But HMRC needs to demonstrate how it is going to reduce the 41,000 avoidance cases it currently has open."

The tax avoidance disclosure regime introduced in 2004 by HM Revenue and Customs, DOTAS, has helped the department make some important headway in reducing the opportunities for avoidance. However, there is little evidence that HMRC is making progress in preventing the sale of highly contrived tax avoidance schemes to a large number of taxpayers.

In each of the last four years, over 100 new avoidance schemes have been disclosed under DOTAS. While HMRC believes most of these would be defeated if tested in the courts, there is no evidence that their usage is reducing.

Today’s National Audit Office report recognizes, however, that DOTAS has helped HMRC to change tax law and prevent some types of avoidance activity. Since the introduction of the regime, HMRC has initiated 93 changes to tax law designed to reduce avoidance. DOTAS has also helped to change the market of tax avoidance schemes, and the larger accountancy firms are now less active in this area.

Tax avoidance is not illegal and is therefore inherently difficult to stop. A potential avoider can use a scheme to gain a tax advantage until HMRC can prove that the arrangement is not consistent with tax law. This is a resource-intensive process which can take many years and often requires litigation.

HMRC has increased its focus on the tax affairs of high net worth and affluent individuals. While its high net worth unit set up in 2009 brought in £200 million of revenue that would otherwise have been lost in 2011-12, there are still 41,000 open avoidance cases relating to marketed schemes used by individuals and small businesses, and HMRC has yet to demonstrate how this number will be reduced.

The large number of users of mass-marketed schemes presents a challenge to HMRC. It has identified around 30,000 users of ‘partnership loss’ schemes and disguised remuneration schemes. It has sought to tackle such schemes by litigating a few ‘lead cases’ to demonstrate to other users that the scheme will not succeed in the courts. While HMRC has a good success rate when it litigates, its investigations can take many years to resolve and it cannot always successfully apply the rulings in lead cases to other cases.

HMRC has an anti-avoidance strategy, but does not monitor its costs and has not yet identified how it will evaluate its effectiveness. This limits its ability to make informed decisions about where to direct its avoidance activity.