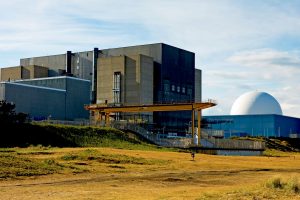 This report examines the Nuclear Decommissioning Authority’s management of the renegotiated contract in place with Cavendish Fluor Partnership.

Between 2012 and 2014, the Nuclear Decommissioning Authority (NDA) ran a competitive procurement exercise for a parent company to manage the decommissioning of two nuclear research sites and 10 Magnox sites. The latter comprise power stations that were at, or nearing, the end of their operational life. In September 2014, the NDA awarded the 14-year Magnox contract to Cavendish Fluor Partnership (CFP). In July 2016, the High Court ruled that the NDA had wrongly decided the outcome of the procurement process. In March 2017, the Secretary of State for Business, Energy & Industrial Strategy announced that the NDA had agreed settlements totalling £97.3 million with the bidder that brought the legal claims against the NDA. He also announced that the NDA had decided, based on legal advice, to terminate the contract with CFP nine years early due to a “significant mismatch” between the work specified in the tendered contract and the work that needed to be done.

In October 2017 we reported that the failed Magnox contract had cost the taxpayer more than £122 million by the time it was announced that it was to be terminated. We also found that the NDA’s poor understanding of what was happening on the sites had contributed to serious problems after it awarded the contract to CFP in 2014, with its assumptions about the work required proving to be inaccurate. In 2018, the Committee of Public Accounts (the Committee) published a critical report and recommended that the NDA improve its understanding of the state of the sites, its ability to monitor work carried out on them, and the capability and expertise of its executive team.

In March 2017, the NDA faced a challenging set of circumstances after the failure of the original Magnox contract. Since then, it negotiated a revised contract with CFP, avoided further litigation and succeeded in maintaining a working relationship with its supplier that led to the completion of £2.72 billion of decommissioning work before the contract ended in August 2019.

But there has been a cost to the NDA and the taxpayer in addition to those we reported in 2017 as a consequence of the flaws in its strategy when it let the original Magnox contract in 2014. The NDA estimates that its revised contract included a termination cost of £20 million to negotiate its early exit from the contract and incentivise a smooth handover of sites without further legal challenge. The results of the NDA’s recent work to update the decommissioning programme for the Magnox sites shows that there remains significant uncertainty around its cost, with current estimates ranging from £6.9 billion to £8.7 billion. With the NDA now taking more direct control over the management of its sites, it will be critically important that it builds and retains better knowledge of the condition of its sites to enable it to plan and deliver decommissioning work efficiently and effectively. The NDA considers that it will be better placed to achieve this under its revised delivery model, but it is too early for us to assess the effectiveness of these arrangements.