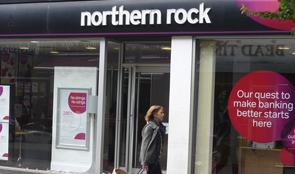 The disposal of former Northern Rock mortgages and loans in 2015 was the government’s largest ever financial asset sale. When judged against the Government’s objective to shrink the balance sheet swiftly the deal was value for money.

“This was an extremely large and complex transaction that was professionally executed within a tight timeframe, though there are some lessons to be taken from the process. Overall, in the context of the overall objective of swiftly reducing the balance sheet, the sale achieved value for money.”

In November 2015 the government disposed of £13.3 billion former Northern Rock mortgages and loans to a consortium led by US private equity group, Cerberus. According to a report today by the National Audit Office, when judged against the Government’s objective to shrink the balance sheet swiftly the deal was value for money. This transaction represents the government’s largest-ever financial asset sale.

The sale, conducted by the UK Asset Resolution (UKAR) which is owned by HM Treasury, comprised of £11.9 billion of mortgages from the Granite debt financing vehicle within Northern Rock Asset Management (NRAM) and additional loans (£1.4 billion). The taxpayer received £5.5 billion in cash while Cerberus took on nearly £8 billion in liabilities. Some 270,000 mortgages and loans were sold in the deal.

The sale price exceeded UKAR’s valuation of the assets which was in line with its adviser but based on some conservative assumptions. It achieved a sale price of £74 million (0.6%) above the face value of the loans and £450 million (3.6%) above UKAR’s valuation. The cost of equity assumption UKAR used gave their estimate a conservative bias. The UK Financial Investments Ltd (UKFI) challenged these assumptions and came up with a valuation that was closer to the winning bid (the top end was £94 million, or 0.8% below the winning bid). With hindsight it can be seen that bidders used more aggressive assumptions than UKAR and UKFI.

While preparing and carrying out other transactions, investors expressed interest in buying Granite – a larger asset pool than UKAR had considered selling. Granite’s mortgages were attractive to investors as they offered a good yield (85% of the mortgages pay above 4.5% interest). However they also had a higher loan-to-value and arrears ratio than the market average. UKAR, UKFI and HM Treasury reacted quickly and obtained relevant approvals to pursue this opportunity. There was no single asset disposal strategy document or single business case to consider the evidence supporting the option chosen against alternatives.

The scale of this sale limited the number of potential bidders but good competitive tension was maintained through the sales process. UKAR addressed concerns about scale by reducing the financing risk of bidders. Granite had around £8 billion of financing in place, which a buyer could take on requiring it to raise only £5 billion of funding. This was particularly  attractive to private equity buyers, who are more reliant on third party funding than banks, who can also use customer deposits. All final round bidders were in the end comfortable to refinance Granite’s funding structure and raise over £12 billion of finance.

UKAR identified an alternative sale option which achieved a higher theoretical valuation than the option chosen but in their view would have been at the expense of slower balance sheet reduction and greater delivery and market risk. UKAR estimated that multiple, smaller transactions would have increased the asset’s valuation by up to £300 million, but would have taken up to 27 months longer to complete. Adjusting this valuation for the market execution risk, UKAR and UKFI estimated the increase only to be £98 million with potential further downside risk which it considered outweighed any potential benefit of delay. UKAR also stated that it did not have the staff capacity to run multiple concurrent transactions.

The sales process was well run.  The deal took 18 months from appointment of advisers to final close in May 2016. The number of bidders at each stage, the convergence of bid prices, the willingness of bidders to incur high transaction costs, and their acceptance of key terms and conditions of the sale agreement, was evidence of competitive tension. The bids reduced between rounds one and two but this was primarily because of worsening market conditions rather than a lack of competition.

The limited degree of competitive tendering in UKAR’s procurement process was not good practice. The financial adviser, Credit Suisse, was involved in the early phase of the programme to sell its mortgage servicing operation on a pro-bono basis and subsequently won a tender against a small number of preselected competitors. During the process, their scope and fee were increased from £2 million to £4.5 million to reflect changes in the transaction. The changes included permitting the adviser to act as financing bank to bidders. Due to a potential conflict of interest, this was not permitted under previous sales. UKAR permitted it this time because it felt the size of the transaction required the availability of all major players in the securitisation market to facilitate the financing.

Customers who have loans and mortgages which were sold in the transaction have been well protected in the short run including restrictions to changes in the interest rate of their mortgages for 12 months. In the longer term, UKAR relies on Financial Conduct Authority (FCA) regulation to protect customers. While the mortgages and loans are currently owned by FCA-licensed entities, they, like any UK mortgage, could be sold in the future to an entity which is not regulated and customers would need to seek redress under the Consumer Rights Act.