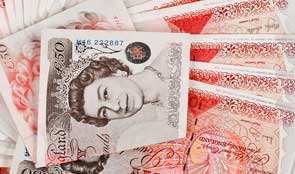 National Audit Office report: The 2012-13 savings reported by the Efficiency and Reform Group

The 2012-13 savings reported by the Efficiency and Reform Group

The Efficiency and Reform Group (ERG) has achieved significant savings for the taxpayer and has improved the process of calculating government savings.

The Efficiency and Reform Group has worked to improve the calculation and assurance of saving categories and its own approach is now much stronger. While ERG has undoubtedly achieved significant savings for the taxpayer, in future it could spell out more clearly the different types of savings that are included in its claims. Our report makes detailed recommendations which will help ERG to strengthen its assurance of savings claims in future.”

The Efficiency and Reform Group (ERG) has achieved significant savings for the taxpayer and has improved the process of calculating government savings. According to the National Audit Office, the savings lines are underpinned by sound methodologies although uncertainties about the underlying data in departments means the NAO has not attempted to assess the accuracy of the total savings amounts claimed.

The ERG, whose purpose within the Cabinet Office is to help spending departments achieve cost reductions, reported in June 2013 that £10 billion of savings had been achieved for 2012-13.

Today’s NAO report, in an examination of the methodologies and processes employed by ERG to validate its savings claim, recognizes the work that ERG has done to improve the calculation and assurance of individual saving categories. If the improvements continue, the NAO says that it may be in a position to provide formal assurance of the savings figure in future.

The savings for 2012-13 reported by ERG are substantially more than those claimed for 2011-12, £5.5 billion. This reflects both the introduction of new areas of savings, such as pension reform, and greater savings in most areas where there were savings in 2011-12. The approval process for some savings has also been strengthened: for example, savings on renegotiating contracts with suppliers must now be agreed and evidenced by both the supplier and the department.

Individually the assertions accurately describe the savings claimed and the subsequently-published technical annex provides helpful explanation of the nature of the savings. The NAO is concerned, however, that the 2012-13 savings were initially presented as an aggregate figure and not clearly explained. It is important for stakeholders to understand that the savings comprise a mix of reduced spending, plans to reduce spending, one-off receipts and costs transferred to others.

ERG has improved its own processes for checking data. It relies on departments to verify that the information it receives is accurate. The NAO has made detailed recommendations to address the weaknesses remaining in the management processes.