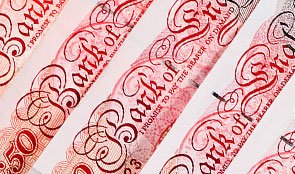 National Audit Office report: The 2013-14 savings reported by the Efficiency and Reform Group

The 2013-14 savings reported by the Efficiency and Reform Group

The Efficiency and Reform Group (ERG) has achieved significant savings but further work should be done to improve the process of gathering and collating evidence.

“The Efficiency and Reform Group has worked to improve the calculation of savings but there are still areas where the quality of evidence must be improved. ERG has undoubtedly achieved significant savings for the taxpayer, as well as generally injecting pace and priority into the efficiency agenda. But it should do more to strengthen its own processes. It should also look to improve its reporting on how the scope of the savings has changed over time.”

The Efficiency and Reform Group (ERG) has achieved significant savings for the taxpayer and is continuing to make improvements to the way it calculates savings. But, according to the National Audit Office, there remain a few important areas where further work should be done to improve the process of gathering and collating evidence.

The ERG, whose purpose within the Cabinet Office is to help spending departments achieve cost reductions, reported in June 2014 that £14.3 billion of savings had been achieved for 2013-14, substantially more than the £10bn claimed for 2012-13.

Today’s NAO report, in an examination of the methodologies and processes employed by ERG to validate its savings claim, recognizes the work that ERG has done to improve the calculation and assurance of individual saving areas. Of the 14 areas of savings, nine have strong methods and evidence.

In the remaining five areas, the methods are less strong but significant savings are still likely to have been achieved. These savings include commercial models, which is a new category this year. The current method is adequate to support the one saving reported but it will need development as future savings are claimed. The areas of construction and commercial relationships have established methods, but more attention is needed in the collection of evidence for individual savings. In the areas of major projects and Government Digital Service (GDS) controls, the processes are weaker which have led to errors being identified and removed.

ERG has responded well to many of the recommendations made by the NAO in 2012-13. For example, it has standardized how it calculates pensions contributions and improved how it collates construction evidence. ERG has also improved how it discloses the savings figures to the public, issuing the technical note with the savings announcement this year. However, three of the areas the NAO identified as needing improvement in 2012-13 – GDS controls, construction and major projects – have continued to be weaker in 2013-14.

The savings announced are now much wider in scope than originally reported in 2010-11. The first savings to be announced focused on those areas where ERG had worked directly with central government. However, some savings areas, particularly pensions and centralizing procurement, now also include ERG’s less direct influence on the wider public sector. ERG should do more to highlight changes in savings, particularly when showing savings trends and year-in-year comparisons.