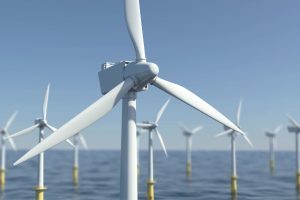 Investigation into the 2017 auction for low-carbon electricity generation contracts

This report sets out the history of Contracts for Difference and how the Department for Business, Energy & Industrial Strategy designed the 2017 auction, including the changes it made to the rules related to the capacity cap, and the impact these changes had.

In September 2017, the Department for Business, Energy & Industrial Strategy (the Department) awarded through an auction 11 Contracts for Difference (CfDs) to low‑carbon electricity generation projects. CfDs fix the price that generators receive for the electricity they generate for a set period, typically 15 years. Consumer-funded top-up payments make up the difference between the fixed price in the contract, known as the ‘strike price’, and the prevailing market price. The 2017 auction resulted in lower costs for new offshore wind farms than the government expected. This continued the recent trajectory of reductions in the costs of this technology. The government has awarded more than 40 CfDs since 2014, mostly through auctions.

Following the 2017 auction, Rt Hon Dame Margaret Hodge MP raised concerns with us that the design of the auction had resulted in higher costs for consumers. The Department made changes to the auction design before the 2017 auction. The Department decided to cap the amount of generating capacity that projects using certain technologies could be awarded, and adjusted the way this cap would apply compared with the previous auction rules. These changes meant that some projects that were too large to fit within the capacity cap did not win contracts, while some projects that were smaller but more expensive per unit of electricity did win contracts.

This report sets out:
• the history of CfDs, including how and when they have been awarded (Part One); and
• how the Department designed the 2017 auction, including the changes it made to the rules related to the capacity cap, and the impact these changes had (Part Two).