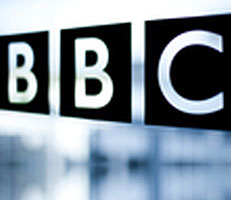 National Audit Office report: The BBC’s approach to managing the cost of its support functions

The BBC has reduced its spending on support functions but in future it should plan for cuts by clearly defining the level of service it requires and what that should cost.

"We're pleased the NAO has judged the BBC to be broadly effective in improving value for money, given the success it has had in cutting its support costs in the past five years. We accept that there are improvements to be made to understand exactly what each support function should cost and to make future cost savings in a more co-ordinated and consistent fashion. We have set the BBC management a target to deliver 11 per cent of efficiency savings by 2016-17 and the NAO's recommendations will help us achieve that target in the right way." Anthony Fry, BBC Trustee with lead responsibility for value for money, 10 May 2012 "The BBC has successfully reduced the cost of most of its support functions. But its approach to challenging those costs should be further strengthened in the future. "To be certain that it is achieving the best possible value for money for the licence payer, the BBC needs to be consistent and rigorous in defining the service it requires from its support functions; identify what that service should cost; and adjust its costs accordingly."

The BBC has reduced the costs of most of its support functions over the last five years and plans to make further savings, according to an independent report by the National Audit Office for the BBC Trust.

According to today’s report, the BBC’s current approach to challenging the cost of support functions is broadly effective in improving value for money but it is focused on achieving specified levels of savings, rather than based on an analysis of what activities should cost.

The NAO’s findings included the following:

The BBC Trust has welcomed the NAO’s report and responded to the key findings as follows: