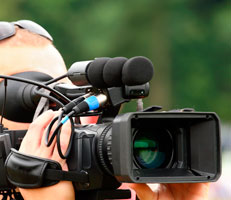 The BBC’s management of its Digital Media Initiative

The BBC's approach to the early stages of its Digital Media Initiative (DMI) was disappointing and did not achieve value for money. However, since taking the Programme back in house, delivery of the system has progressed well, with users responding positively.

"The DMI is a cutting edge project that will improve the way the BBC operates and transform the way it makes programmes and content. The Trust agrees with the NAO that the early phase of the project ran into significant difficulties, but the BBC reacted with speed and efficiency, and since bringing it in-house delivery is progressing as planned. Clearly there are lessons to be learnt and the Trust will continue to monitor progress against the action plan we've asked the BBC Executive to produce." Anthony Fry, BBC Trustee with lead responsibility for value for money, 1 February 2011 "The BBC's approach to the early stages of this Programme was disappointing and did not achieve value for money. "However, since taking the Programme back in house, delivery of the system has progressed well, and users have responded positively. The real test of value for money of the Programme as a whole will be the take up by users across the BBC and elsewhere, and on this it is too early to conclude."

The BBC Trust today (1 February 2011) published an independent report commissioned from the National Audit Office on the BBC’s management of its Digital Media Initiative (DMI).

The DMI is a technology transformation project designed to allow BBC staff to develop, create, share and manage video and audio content and programming on their desktop, and intended to improve production efficiency across the BBC. The estimated gross cost of delivery and implementation to the end of March 2017 is £133.6 million.

The NAO has concluded that the early stages of the Programme were not value for money, mainly as a result of a 21 month delay leading to £26 million of benefits not being achieved in the period 2009-10 to 2010-11.

The BBC appointed its existing IT contractor (Siemens) to develop the Programme. The contract with Siemens was terminated by mutual agreement in July 2009. The BBC then took responsibility for delivery of the project in-house and was able to offset its increased costs by a £27.5 million financial arrangement agreed with Siemens. In-house delivery of the system has started well, and, while there is a considerable way to go before the Programme is complete, users have been positive about the elements delivered thus far.

Key points from the report and the Trust’s response to them include: