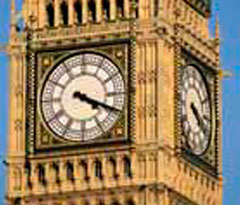 The Comptroller and Auditor General, Amyas Morse, has qualified his opinion on the 2010-11 House of Commons Members Accounts because information on MPs whose expense claims are under investigation by the police was not made available for audit.

The Clerk of the House, as Accounting Officer for the Members Estimate, was unwilling to make this information available on the grounds that, prior to a final decision on referral to the Crown Prosecution Service, this would be inappropriate. This was despite the C&AG’s assurance that such information would be treated as confidential. As a result of this imposed limitation on the scope of his work, the C&AG has qualified his regularity opinion.

The C&AG’s report explains why he has not qualified his opinion on the 2010-11 Accounts for the issues which gave rise to his qualification of the prior year Accounts. This is mainly because, following the transfer of responsibility for MPs’ salaries and expenses to IPSA, the level of unsupported spend in the 2010-11 Members Accounts is significantly lower.