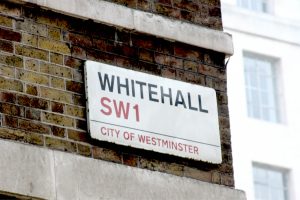 The cost of EU Exit preparations

This report looks at how much government departments spent on their activities preparing for the UK’s exit from the EU.

Following the June 2016 referendum, departments undertook work to prepare for the UK’s exit from the European Union (EU Exit). Departments identified more than 300 work streams to support the EU Exit process. Departments planned for both ‘deal’ and ‘no deal’ scenarios. Between 2016-17 and 2019-20, HM Treasury made available £6.3 billion of additional funding to cover the cost of government’s preparations for EU Exit. Departments were expected to live within their existing budgets as far as possible.

There is parliamentary and public interest in how much government has spent on preparing for EU Exit. In January 2019, the Committee of Public Accounts underlined the need for transparency to allow the public and Parliament to understand the impact of EU Exit on the public finances. To date, government has not published an overall figure of how much it has spent preparing for EU Exit.

We asked all 18 central government departments and two non-ministerial departments, to provide us with information on the cost of the preparation activities carried out between June 2016 and 31 January 2020. There are some limitations in the information departments have provided and as a result, the figures included in this report represent a minimum estimated level of spend which can be attributed to preparations for EU Exit.