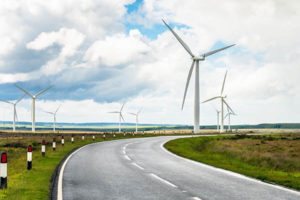 The Creation of the UK Infrastructure Bank

This report looks at the set-up of the UK infrastructure Bank, including HM Treasury's planning before launch.

In June 2021, HM Treasury launched the UK Infrastructure Bank (the Bank) to encourage private finance alongside public investment, to achieve two strategic objectives – helping to tackle climate change and supporting regional and local economic growth. The Bank is a publicly owned company, with HM Treasury as the sole shareholder. UK Government Investments acts as the shareholder representative, including as a member of the Bank’s Board. HM Treasury has provided for the Bank to invest up to £22 billion of public money over its first five years, through a combination of equity, loans and guarantees to support infrastructure projects. It has asked the Bank to prioritise five sectors: clean energy, transport, digital, water and waste.

This report covers the Bank’s set-up, including HM Treasury’s planning before launch. It examines the Bank’s progress in implementing HM Treasury’s vision for the Bank, in terms of establishing structures and processes to pursue its objectives. It also looks forward to the main challenges facing the Bank, and how the Bank is preparing for them. We did not evaluate the success of the Bank’s early investments as part of this study.

The government wanted to be ambitious in creating the UK Infrastructure Bank, both in the scale of its purpose and the intention that it should start making deals as quickly as possible. Moving at this speed meant some important planning steps were skipped, and many aspects of the Bank’s structure and processes were, deliberately, not in place at launch. This is an unusual approach, and HM Treasury took steps to ensure controls existed to protect taxpayers’ money. Officials at the Bank, with support from HM Treasury, took a pragmatic approach by progressing new investments at a pace in line with its available resources, while recruiting staff and establishing systems and controls: a trade-off for moving at speed to open the Bank.

The Bank, with HM Treasury support, has worked hard since launch to complete the Bank’s set-up. Some elements, particularly its advisory function, remain to be established and it will take time for the Bank to fully mature, so it is too early to say whether the Bank will be a success. The Bank will need to manage a range of operational and external challenges if it is to deliver government’s ambition for it. It will need to clearly demonstrate its achievements and that it is justifying the costs of establishing the Bank as a separate institution. Drawing together information on costs and impact will be essential in allowing the Bank to demonstrate value for money. Developing a clear view of where investment is most needed, and an impact framework that shows where the Bank’s interventions are most effective, will be vital to its future success.