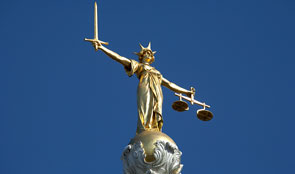 Major changes are being made to the criminal justice system, however much remains to be done to tackle inefficiency within the system.

A National Audit Office review today examines whether current reforms of the criminal justice system are addressing the issues identified by the spending watchdog in past studies on, for example, the prison estate, police technology, bought-in services and financial management.

Today’s review draws on NAO value for money studies and audits of financial statements and documentary evidence in the public domain, to highlight the many challenges to an efficient system. Major changes are being made to the criminal justice system at the same time as significant reductions in resources. At the end of March 2013, for example, the number of police officers was some 127,000, or 10 per cent lower than three years earlier.

The White Paper Transforming the CJS, published in summer 2013, set out a two-year programme of reform. Some of these changes include reforming the prison estate by closing old and inefficient prisons and investing in modern accommodation; and the establishment in 2013 of the Criminal Justice Board, designed to ensure a ‘whole system’ approach. A minister has also been appointed with responsibility for Policing and Criminal Justice.

The reforms are intended to address many of the systemic problems based on an understanding of the causes. In particular, efforts are being made to reduce the demand in the system by tackling those offenders with the highest rates of reoffending and improve the use of new technology for sharing information between partners. It is too early, however to comment on whether they will be effective.

There remains, however, much to be done to tackle inefficiency and reduce the multiple points of failure within the system. Potential initiatives include replacing the manual transfer of data with well-designed digital transfers between agencies; and developing a strategic approach to improving the collection rate of fines and confiscation orders, both to offset running costs and to demonstrate that crime does not pay.

The spending watchdog’s review concludes that the effects of multiple, concurrent changes are difficult to model but are likely to be significant. Although organizational changes can be implemented relatively quickly, implementing deeper changes to working practices, system developments and cultures will take months and years.

In addition, if the system is to achieve real efficiencies and planned cost savings, then departments, agencies and local criminal justice partners need to implement as a priority an agreed and coherent plan to address problems with the flow of information.