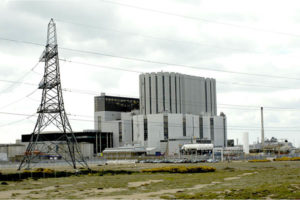 The decommissioning of the AGR nuclear power stations

This report examines whether government's arrangements for decommissioning AGR nuclear power stations will lead to better value for money.

The UK has eight second generation nuclear power stations accounting for around 16% of total UK electricity generation in 2020. Seven of the eight stations are Advanced Gas-cooled Reactor (AGR) stations, the design of which built on that of the first generation of now closed Magnox reactors. Under current plans, all of the AGR stations will have stopped generating electricity by 2028. EDF Energy (EDFE) bought the stations in 2009 following the sale of British Energy, which had operated the stations since its privatisation in 1996.

In late 2017, the Department for Business, Energy and Industrial Strategy (the Department) entered into negotiations with EDFE to revise the agreements for the AGR stations, which it finalised in June 2021. Under the revised agreements EDFE will continue, upon closure of the stations, to defuel each of the stations as previously planned. The Department has, however, agreed financial incentives to encourage EDFE to accelerate defueling and transfer of the stations, with the opportunity to gain or lose up to £100 million in nominal terms depending upon its performance. Once defueling is completed, the Department will take the stations back into public ownership. Ownership of the stations will be transferred one by one to the Nuclear Decommissioning Authority (NDA), for its subsidiary Magnox Ltd to complete the decommissioning process by dismantling the reactors and taking down buildings. The Department estimates the new agreements could save the taxpayer up to £1 billion, and that there will be further benefits from the NDA taking over these stations.

This report examines whether the outcome of the Department’s negotiations with EDFE, and subsequent preparations for defueling and deconstruction, are likely to lead to better value for money when decommissioning the AGR fleet.

The report covers the:

The renegotiated commercial and delivery agreements, signed in June 2021, provide improved clarity about the future of the AGR stations. By providing EDFE with a financial incentive to complete defueling of the stations efficiently, the revised funding agreement offers the prospect of securing better value for money. But the defueling programme carries substantial risks which, if poorly managed, could result in costs increasing significantly. Success will depend on how effectively EDFE and the NDA work together. In terms of preparing to transfer the stations, the Department is reliant on there being continuing goodwill between EDFE and the NDA to resolve potential differences. If it is to achieve value for money from the new agreements, the Department will need a clear view of how the programme is performing as a whole and will need to act quickly and decisively should problems emerge, given the large sums of taxpayers’ money still at stake.

Initial ambitions that the existence of the Nuclear Liabilities Fund would help eliminate taxpayers’ exposure are being tested, with rapid increases in the estimates of decommissioning costs outstripping investment returns. The history of the AGR fleet provides lessons for other long-term programmes carrying significant end‑of‑life liabilities, including new nuclear energy programmes.