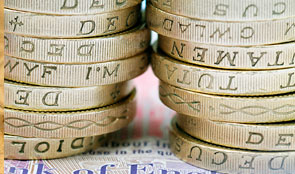 The Efficiency and Reform Group

ERG has contributed significantly to departmental savings in 2011-12 but substantial and sustainable new savings streams will be needed to achieve £20bn of savings in 2014-15.

“Nearly three years on from its birth, the Efficiency and Reform Group is clearly helping departments achieve substantial reductions in annual spending. This demonstrates that the ERG is providing value for money. As a relatively new organization, ERG has assessed the obstacles it faces and has begun to tackle them energetically. However, it needs to get going on moving beyond the role of imposing central spending controls to placing more emphasis on changes aimed at promoting sustainable savings.”

The Cabinet Office’s Efficiency and Reform Group (ERG) has helped departments make significant savings, according to a report by the National Audit Office. Overall, the NAO has confidence in the £5.5 billion of savings in 2011-12 attributed to the influence of ERG. However, there has not been enough focus so far on the sustainability of savings.

Among the contributions made by ERG towards reducing the cost of staff in departments are changes to the Civil Service Compensation Scheme; restrictions on employing consultants and temporary staff; and the monitoring of the recruitment of permanent staff, central control over procurement of common goods and services and review of major ICT and other projects.

Today’s report does point out that savings to date have differing degrees of sustainability. The level of savings from commercial negotiation with major suppliers and from the advertising moratorium was lower than that in 2010-11. Similarly, some of the 2011-12 savings are unlikely to be sustained.

ERG introduced a clearer and more responsive organizational structure in 2012 and published its first business plan in early 2013, covering all areas of its activities. It is not fully clear how ERG intends to make the reforms necessary to secure £20 billion of annual savings over the rest of the spending review period. Until recently, ERG’s focus has mainly been on the savings themselves, with less emphasis on the longer-term changes and improvement in efficiency necessary to make them sustainable.

ERG is now making good progress in developing strategies in some of its areas of saving activity and it is also beginning to coordinate these strategies with departments.  Among the remaining weaknesses identified by the NAO are that ERG’s strategies include large savings ambitions but the plan for meeting the £20 billion savings aspiration is still in its early stages. ERG, together with departments, also needs a more sophisticated understanding of risks to services at a time of major restructuring.

Today’s report points out that ERG has been strongly led by the Minister for the Cabinet Office, while the Group’s close links with cabinet sub-committees have helped it to promote collective agreements across departments. ERG is also acting to improve the effectiveness of its relationships with departments but it recognizes that its staff turnover, at 25 per cent a year, is too high, with particularly frequent changes at senior level.