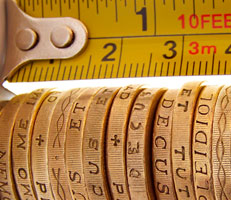 The Group’s priorities are to improve government efficiency and reform public services. It is too soon to judge its success. This review details various challenges that the Group faces and is intended to provide an objective baseline against which its progress can be assessed.

"We welcome the Efficiency and Reform Group’s twin priorities of improving the efficiency of central government and reforming public service provision. However, the proof of the pudding is in the eating and we look forward to evaluating how these initiatives perform in practice."

The National Audit Office has today published a review of the developments to date associated with the Efficiency and Reform Group and its main responsibilities.

In May 2010, the Government announced the formation of the Efficiency and Reform Group within the Cabinet Office. The Group brings many of the functions of a typical corporate headquarters together in one place in the centre of government. Its priorities are improving efficiency in central government, and wider reform of the way public services are provided, in order to make the spending reductions required by the 2010 Spending Review.

The Group is responsible for various new initiatives which are designed to increase efficiency, make savings and improve value for money. These include renegotiating contracts with major suppliers; implementation of a centralised procurement process; a review of major government projects; and a new Property Unit.

The NAO’s review details various challenges that the Group faces. It is too soon for the NAO to reach a judgment on its success in improving the value for money of government overall. The review is intended to provide an objective baseline against which progress made by the Group can be assessed by the NAO and the Public Accounts Committee.