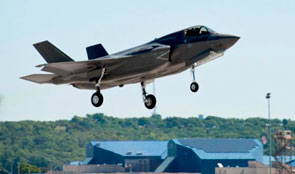 The risks to the affordability of the Ministry of Defence Equipment Plan are greater than at any point since reporting began in 2012.

"The affordability of the Equipment Plan is at greater risk than at any time since its inception. It is worrying to see that the costs of the new commitments arising from the Review considerably exceed the net increase in funding for the Plan. The difference is to be found partly by demanding efficiency targets.There is little room for unplanned cost growth and the MoD must actively guard against the risk of a return to previous practice where affordability could only be maintained by delaying or reducing the scope of projects.”

The risks to the affordability of the Ministry of Defence Equipment Plan are greater than at any point since reporting began in 2012, according to today’s report from the National Audit Office.

Spending on equipment and associated support in the 2016 Plan is projected to be £178 billion, an increase of 7%, compared to an increase of just 1.2% between 2013 and 2015. The Strategic Defence and Security Review added £24.4 billion of new commitments to the MoD budget, including the Mechanised Infantry Vehicle, the Poseidon Maritime Patrol Aircraft and an acceleration of purchases of the F-35 Joint Strike Fighter.

In order to meet the funding requirements proposed by the Review, the MoD must use the entirety of the £10.7 billion headroom previously set aside to meet emerging requirements in future years.

To further ensure the affordability of the Plan, the MoD must also find £5.8 billion of savings from existing projects in the next 10 years. Plans for achieving these are still under development. Of this, £1.5 billion will be provided from savings elsewhere in the Defence budget, for example through military and civilian pay restraint, or savings from the running of the defence estate, the latter of which the NAO reported in November 2016 would be extremely challenging. These savings targets are in addition to £7.1 billion of brought forward savings already assumed in the Plan, £2.5 billion of which have yet to be generated.

The level of cost uncertainty in the Plan has also increased considerably, with 15% of additional commitments yet to go through detailed costing at project level. The MoD’s current costing practice can lead to significant understatement in the cost of projects in their early stages of development, the proportion of which has increased as a result of the Review. The MoD’s independent Cost Assurance and Analysis Service estimates that currently the Plan is underestimating financial risk by £4.8 billion. This figure is within the contingency provision of £5.3 billion but it does not include estimates for the new Review commitments. Major changes to the requirement for the Type 26 Global Combat Ship mean that costings for this, the largest non-nuclear programme in the Plan, will be unclear until 2018. The Plan also reports cost increases to various parts of the nuclear submarine programme.

The Plan is also vulnerable to changes in foreign exchange rates. Approximately £18.6 billion of the Plan will be paid in US dollars and £2.6 billion in Euros over the 10 year period. Planning assumptions are currently based upon rates set before the result of the EU referendum, and the recent exchange rate fluctuations threaten to impact significantly upon the affordability of the Plan.