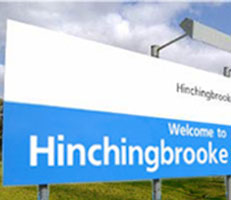 The first private company awarded a franchise to run an NHS hospital has made improvements in some clinical areas, but big financial challenges remain.

"While Circle has made early improvements in some clinical areas, the company will have to generate savings at an unprecedented level. The final judgement on the value for money of the franchise will depend on how successfully Circle makes the projected savings and repays the cumulative deficit, while maintaining clinical quality. “This franchise agreement is the first of its kind in the NHS and it is important that lessons from this procurement process and early operational experience are used to improve future contracts."

The National Audit Office has found that while the first private company to be awarded a franchise to run an NHS hospital has made early improvements in some clinical areas, a number of financial challenges remain.

Circle is the first private company to assume the management functions of an NHS Trust. Today’s report examines how the NHS East of England Strategic Health Authority designed, initiated and managed the project to franchise Hinchingbrooke Health Care NHS Trust, and highlights early lessons that can be learnt from the procurement process and creation of the franchise agreement.

The Trust developed a cumulative deficit of £39 million between 2004-05 and 2007-08, on an annual income of around £73 million. Before deciding to pursue an operating franchise, the Authority considered a number of options to address the Trust’s financial difficulties. In November 2011, the Authority awarded the ten-year franchise to Circle.

According to today’s report to Parliament, the Trust’s performance against standards for cancer and accident and emergency waiting times has improved since the franchise began in February 2012. However, the Trust had generated an in-year deficit of £4.1 million by September 2012, which was £2.2 million higher than planned to that point.

Circle plans to achieve £311 million in projected savings over the ten-year life of the franchise, which is unprecedented as a percentage of annual turnover in the NHS. However,  Circle is not committed to delivering the proposed savings initiatives submitted during bidding, such as reducing the lengths of hospital stays.  Most of the savings are expected to be made in the later years of the ten-year franchise.

The NAO found that, although the Authority assessed the reasonableness of bidders’ savings proposals, it did not fully consider the relative risks of bidders’ savings proposals. Assessing schemes in this way has the potential to encourage over-optimistic bids. However the agreement transfers all demand and financial risk up to £5 million to Circle.

The report also found that the Authority rejected a guaranteed payment towards the Trust’s cumulative deficit in favour of an ambitious bid that aimed to repay the debt in full. The cumulative debt stood at £38 million (at the end of March 2012).