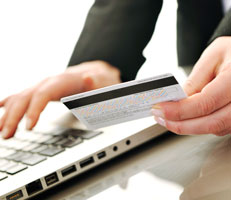 "The Government Procurement Card can be a cost-effective way for central government to buy goods and services. However, the taxpayer needs to have confidence that departmental staff are using it appropriately. "There is a risk of this confidence, and the reputation of departments, being undermined where there is inconsistency between departments in the controls on the use of the cards and a lack of central guidance."

The National Audit Office has today published a report on central government’s use of the Government Procurement Card to pay for goods and services. The report finds that used appropriately, the Government Procurement Card can be a cost-effective way for government to procure goods and services. However, while controls in five departments examined by the NAO were operating as intended, there is no up to date value-for-money case quantifying the benefits of the cards. There has also been a lack of clear central guidance on when the cards are the most appropriate way to procure goods and services.

Use of the cards varies between departments, both in the amount spent and in the type of goods and services purchased. The Ministry of Defence accounted for around 74 per cent (£237 million) of central government’s total spending using the cards in 2010-11, compared with HM Revenue & Customs, which spent £205,000. Travel and accommodation are the most common categories for which the cards are used across government, comprising 41 per cent of total spending.

Departments’ controls are generally designed in a satisfactory way, and operating as set out in departmental policies, but there are some notable weaknesses. Some departments have inadequate management information and cannot monitor the use of the Government Procurement Card effectively. Central data is incomplete and inconsistent and does not provide an accurate picture of spending across government. There has been a lack of central government oversight of card use which has increased risks to value for money, but the new central policy, which defines minimum standards across government, is an important move towards strengthening controls and ensuring greater consistency.

While departments acknowledge the risks and potential advantages of the card, there is no up-to-date value for money case to substantiate this. Work by the NAO has suggested that the cost of more traditional procurement methods may have fallen; however, using the cards could still provide a potential saving of around 35 per cent, or £5 a transaction.