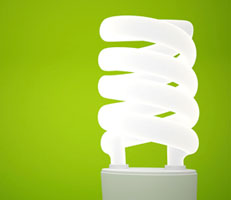 Investment of £110bn in electricity infrastructure is needed by 2020 to meet increase in demand, to provide back-up capacity, and because of scheduled closure of one fifth of existing capacity.

In a memorandum to the Public Accounts Committee, the National Audit Office has set out the long-term challenges and uncertainties involved in supplying secure, low carbon and affordable electricity. The memorandum describes how the Department of Energy and Climate Change is seeking to address these challenges, through existing measures and reforms to the electricity market.

Existing generating capacity is some 90 gigawatts. The Department has estimated that, to maintain secure electricity supplies and avoid the risk of power cuts, around 30 gigawatts of new generating capacity will have to be built in Great Britain by 2020. This is needed to meet future increases in demand (up to 60 per cent by 2050 in some scenarios); provide back-up capacity; and because of the scheduled closure of some 19 gigawatts (21 per cent) of existing capacity over the next decade. Eight of Britain’s nine nuclear power stations are scheduled to close over that period; and 12 gigawatts of fossil fuel-fired power stations will also have to close by the end of 2015 as their operators have decided not to upgrade them to meet the requirements of an EU Directive that establishes limits on emissions of sulphur dioxide, nitrogen oxides and dust. In addition to scheduled closures, the Department’s plans take account of likely further closures, arising from suppliers’ commercial decisions.

The Department estimates that, by 2020, a total of 92 gigawatts of generating capacity will be required in Britain.

As well as the need to ensure the security of electricity supplies, the Department must meet the statutory target to reduce UK greenhouse gas emissions by 2050 by at least 80 per cent from 1990 levels. The Department has estimated that, to do this, electricity generation needs to be largely ‘decarbonised’ during the 2030s. This will require a switch towards low carbon energy sources such as renewable energy, nuclear energy or the capture and storage of carbon from fossil fuel powered electricity generation. The latest figures, from 2011, show that renewable energy had increased its contribution to electricity generation to 9.5 per cent and the Department expects this to increase significantly over the next decade. The Department considers new nuclear power stations could replace those that are closing but does not expect the first new nuclear power station to be available until 2019 at the earliest. It is supporting the further development of carbon capture and storage technology.

The Department estimates that £110 billion of investment is needed by 2020 to build low carbon generation and network infrastructure and expects that its proposed reforms to the electricity market will help to secure that investment. However, there are many uncertainties, including the impact of energy efficiency measures on future demand for electricity. Future technology development and deployment are also uncertain: the viability of commercial-scale carbon capture and storage for power generation has not yet been proven; nuclear power stations have high capital costs and long build times; and further development of renewable energy and electricity storage technologies may be needed.

The cost of the huge investment needed to secure electricity supplies and reduce greenhouse gas emissions will ultimately be passed on to consumers and business. According to the Department’s estimates, by 2020 the average household’s annual electricity bill could be reduced by £100 a year as a result of government interventions, but those of the average medium-sized businesses could rise by £302,000. As the various policies will have different impacts on different types of household and businesses, some can be expected to benefit from policy changes, while others may pay more than average.

The new market mechanisms proposed in the draft Energy Bill are designed to help address the challenges and will involve the Department in determining the electricity prices needed to support generators’ investment in, and operation of, the plant needed to meet future demand.