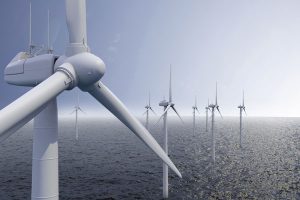 This examines whether the Department for Business, Energy & Industrial Strategy has achieved the objectives of the UK Green Investment Bank intervention, and whether UK Government Investments has achieved value for money in the subsequent sale of the Bank.

“Ultimately the value for money of the Green Investment Bank intervention will only be seen over time. A key test will be whether the Government needs to intervene again in this way to stimulate growth in the green economy and to help it achieve its climate change commitments”

A report by the National Audit Office on the Green Investment Bank (GIB) has found that the Department for Business, Innovation & Skills, now the Department for Business, Energy & Industrial Strategy (the Department) set up GIB with a clear mission that provided a sound basis for it to succeed. GIB quickly stimulated investment in the green economy, particularly in offshore wind where it was addressing market failures, and returns on the portfolio are forecast to exceed expectations. Its impact in other sectors is less certain, and in deciding to sell GIB the Department lacked clear criteria or evidence to show that the Bank had achieved its intended green impact. The sale of GIB in 2017 was complex and took much longer than expected but the final sale price was within the government’s valuation range, at the lower end.

The Government established the GIB to “accelerate the UK’s transition to a greener, stronger economy” by investing in green projects. The Department estimated the UK needed investment of up to £330 billion by 2020. As of March 2017 the GIB had invested in 100 projects, committing up to £3.4 billion of its own capital, and had attracted £8.6 billion of private capital, equating to around £2.50 for every £1 invested.

The Department set up GIB with a clear rationale and mission and it planned and prepared GIB generally well, providing a sound basis for GIB to succeed. GIB’s objectives included attracting co-investment from private investors, and delivering both green impact and financial returns on investments. The Department set out how it would judge GIB’s success in most areas but not in terms of its green impact. It also wanted GIB to be an ‘enduring institution’, but it was not clear what this would mean in practice.

In June 2015, the government decided that further public funding was not affordable and announced it was aiming to sell all or part of the GIB. The Department considered different options for GIB’s future against its two primary sale objectives: securing value for money, and declassifying GIB from the public sector balance sheet to reduce public debt. The Department also told us it wanted to allow GIB to raise its own finance.

In March 2016 the government launched the sale process, which UK Government Investments (UKGI) ran. UKGI obtained a premium to government’s investment. The sale achieved limited competitive tension, and the Department and UKGI had to develop a fall-back option after launching the sale. The sale process lasted nearly 18 months, more than two times longer than expected. The delay and uncertainty affected GIB operationally and a number of key staff departed, which GIB told us limited its ability to invest.

In April 2017 the government decided to sell, rather than pursue its phased sale option which it forecast could have raised an additional £63 million, although it could have raised considerably more or less than this depending on how successfully assets moved from construction to operation. The government wanted to transfer the construction and market risks of holding to the buyer. In August 2017 a Macquarie Group-led consortium paid the government £1.6 billion (excluding a stake in assets that government retained, valued at £132 million). This reduces public sector net debt by £1.6 billion.

The government intends that GIB in private ownership should continue contributing to green financing so that the UK can meet its commitments on climate change. Macquarie has made public (non legally-binding) commitments for the first three years after the sale, but government actions required to meet climate change commitments will extend beyond 2020.