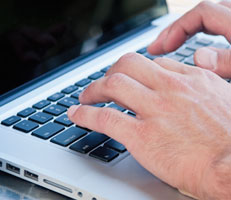 Government initiatives to reduce ICT spending are starting to work but the challenge will be to use ICT to reform public services and how government works.

"The Cabinet Office has made a good start on reducing spending on ICT by departments. However, it needs to develop a more comprehensive assessment of the impact and effectiveness of its ICT and procurement reform initiatives. "The big challenge will be to move from savings initiatives to achieving digital transformation of the civil service and the public services it provides."

Government initiatives to reduce spending on ICT are starting to work. According to the National Audit Office, in 2011-12, government spent an estimated £316 million less than it would otherwise have done. The main challenge, however, will be to move from such initiatives to save money, to the delivery of ICT solutions that reform public services and the way that government works, as set out in the Government’s Digital Strategy and Civil Service Reform Plan.

In addition, on performance to October 2012, government is likely to meet, if not exceed, the targets for savings that it set itself in October 2011. The government announced in October 2012 that, subject to audit, it had already saved £410 million from its savings initiatives in 2012-13 and expected to save a further £200 million by the end of March 2013.

The appointment by the Cabinet Office of commercial experts has helped departments to claw money back, renegotiate contracts before they expire and, overall, spend less on ICT than they otherwise would have done. However, weaknesses in data held by the Cabinet Office have meant that the National Audit Office was unable to validate the £348 million of savings reported by the Cabinet Office for 2011-12, resulting from its initiative to manage ICT suppliers as a single customer.

To date, moreover, the Cabinet Office has measured only cost savings and has not published measures of the wider impacts of its initiatives. The department is starting to take steps to consider risk and performance on a more holistic basis, which should provide it with more information on wider impact.

The impact of other initiatives to reduce the dominance of large ICT suppliers and increase the involvement of small and medium-sized businesses remains unknown at this stage. Work is underway to reduce government dependence on single large-scale contracts, and progress has been made by the Government Procurement Service in establishing more robust ICT spend data than it previously had. When complete, this has the potential to be an accurate baseline for a comparative analysis of spending across all ICT suppliers.

Views are mixed on the effect of reform on government’s relationship with ICT suppliers. Suppliers consulted by the NAO were frustrated at the slow pace of change and the focus on cost-cutting, rather than exploring innovative opportunities to redesign public service and put services online. There have also been comments from government on resistance by suppliers to change.