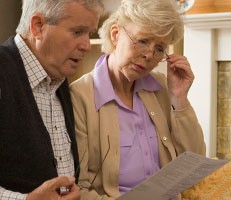 National Audit Office report: The impact of the 2007-08 changes to public service pensions

The impact of the 2007-08 changes to public service pensions

Changes made in 2007-08 to public service pension schemes are on course to deliver savings and stabilise pension costs. However the value for money of the changes cannot be demonstrated in the absence of a strategic assessment of their long term impact on staff motivation and retention.

“By making changes in 2007 and 2008 to pension schemes of NHS staff, civil servants and teachers, the Treasury and employers have taken some steps to tackle potential growth in costs to taxpayers. In addition to saving significant sums of money, the changes are projected to stabilise costs in the long-term around their current level as a proportion of GDP. “However, the savings are being provided by public service employees, in the form of increased contributions or reduced future pensions.  We have not seen a strategic assessment of the long term impact of these changes on the motivation and retention of staff, so we cannot say that VFM has been demonstrated.”

Changes made in 2007-08 to the pension schemes of civil servants, NHS staff and teachers are on course to deliver significant savings and stabilise pension costs around their current levels as a proportion of GDP. The changes are also set to transfer, from taxpayers to employees, extra costs if pensioners live longer than currently expected.

However, a report by the National Audit Office today warns that the value for money of the changes cannot be demonstrated, because the Treasury and employers did not agree the long term role of pensions in recruitment and retention of staff and the Treasury no longer has a financial objective against which to monitor the impact of the changes. In addition, the Treasury has not managed the risk that overall costs to taxpayers will be greater as a proportion of GDP, if growth in GDP is permanently less than expected.

The 2007-08 changes affected schemes that account for nearly three-quarters of UK public service pay-as-you-go pension payments and were the first financially significant changes to these schemes since the 1970s. There were immediate increases in employee contributions for NHS staff and teachers, following earlier increases for civil servants. The normal pension age was raised for new staff, from 60 years to 65 years in most cases. In addition, a new cost-sharing and capping measure was introduced to transfer, from employer to employees, the risk of extra costs from changes in factors such as pensioners living longer than previously expected.

The NAO estimates that these changes will reduce costs to taxpayers in 2059-60 by 14 per cent compared to forecasts made without the changes. Aggregate savings over all years in the period to 2059-60 are equivalent to £67 billion in 2008-09 prices.