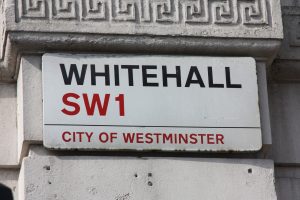 The management of tax expenditures

This report examines the effectiveness of HM Treasury’s and HMRC’s use of their resources in the management of tax expenditures.

Non-structural tax reliefs are often referred to as ‘tax expenditures’. Examples include tax credits for companies’ research and development (R&D) costs and income tax relief on pension contributions. Some tax expenditures simply reflect a policy choice by ministers to support particular groups or sectors (for example the housing market), while others are designed to incentivise behaviour. Some tax reliefs can be difficult to classify because they have more than one objective and include elements of both tax expenditures and structural reliefs.

Tax expenditures are an important part of public policy design. They cover most areas of government activity, including welfare, housing, business, food, education, health and transport. They can also make the tax system more complicated and less transparent, and they could pose risks to public finances because their costs can rise beyond expectations. Tax expenditures differ from public spending in that they reduce the amount of tax collected, rather than consume resources after tax is collected. However, they are similar in that both affect the public purse and can be used to pursue discrete policy objectives.

At a forecast cost of £155 billion in 2018-19, tax expenditures represent an important means by which government pursues economic and social objectives. Evaluations show that their impact is not guaranteed, and many require careful monitoring. We have previously raised concerns about how effectively government is managing tax expenditures. Both HMRC and HM Treasury have responded to our recommendations by increasing their oversight of tax expenditures and actively considering their value for money.

While these steps are welcome, they are very much still in development. The large number of tax expenditures means it will take time to identify and embed good practices. Both departments need to make substantial progress and ensure sufficient coverage and rigour in the work they undertake on this matter.

On their own these improvements will not be sufficient to address value-for‑money concerns unless the departments formally establish their accountabilities for tax expenditures and enable greater transparency. Lessons can be learned from other countries that have established clear arrangements for evaluating and reporting on tax expenditures. We look to HM Treasury and HMRC to follow suit by clarifying arrangements for value for money and improving the evaluation and public reporting of tax expenditures.