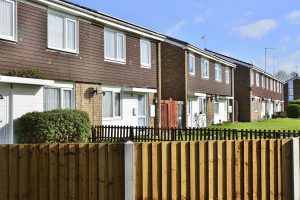 The Ministry of Defence’s arrangement with Annington Property Limited

The Ministry of Defence (the Department) has committed itself to annual rental bills of nearly £200 million and lost out on billions of pounds of asset value as a result of selling and leasing back the majority of its married quarters estate to Annington Property Limited in 1996 because of the subsequent steep increase in house prices and rents.

“The department carried out a sale and leaseback deal almost twenty years ago, based upon pessimistic views of the future growth in property values, but with the mitigating feature that the rents charged to the military families who lived there were restricted for the first twenty years. This has cost the public sector a great deal in capital growth, and it has been a great deal for the landlord.  In 2021 the period of restricted rents is over. The question is now whether the landlord will get a very large rent increase on top of the very substantial capital gains they have already received.”

The Ministry of Defence (the Department) has committed itself to annual rental bills of nearly £200 million and lost out on billions of pounds of asset value as a result of selling and leasing back the majority of its married quarters estate to Annington Property Limited (Annington) in 1996 because of the subsequent steep increase in house prices and rents, according to today’s report by the National Audit Office (NAO).

In 1996, the Department sold some 55,000 housing units that it owned in return for an upfront £1.66 billion cash sum, and then rented them back on 200-year under-leases from Annington. Having surrendered some of the units since then, the Department is paying £178 million per year in rent for the remaining 39,000.

In 2021 the way the rents are calculated will change. The Department believes there are a number of reasons why the rents should fall. Annington’s expectations, on the other hand, imply a rise of around £84 million a year. These rent assessments will set the precedent for the next 175 years of the contracts.

The Department has started to prepare for the 2021 rent reviews but has not yet begun contingency planning or assessed what alternatives it has on a site by site basis. It should not underestimate the amount of effort required to collect and analyse information for each of the 511 sites where homes are located. It will require sufficient resourcing and accurate information if it is to conduct rent negotiations on an equal footing with Annington.

The NAO has found that, mainly due to actual house price increases since the sale, the Department is £2.2 billion to £4.2 billion worse off over the first 21 years of the contract than if it had retained the estate. The amount depends on the discount rate used.

Most of these house price and rent increases could not have been foreseen at the time of the sale. However, the Department’s own assumptions in 1996 were over-cautious and assumed house price increases of 1% per year (excluding inflation), which, because they sold at the bottom of the market, implies they thought house prices would never return to their then long term trend.

The returns to Annington’s owners have been significant. The NAO reported in 1997 that the Department expected Annington to achieve an annual rate of return of 9.7% (including inflation) but the NAO has now calculated that rising rents and house prices mean the actual rate of return was 13.4% to the end of March 2017. To realise these profits, Annington must be able to sell the properties at their current valuation in the company’s accounts.

In 1997 the NAO reported that the Department’s decision to proceed with the sale rested on securing a good competition among bidders, and other proposed policy benefits such as releasing money to upgrade the estate and incentivising the department to dispose of properties faster. Today’s report finds even these limited objectives were only met in part.

Furthermore, the sale has not generated the improvements in the management of the estate that families who live in the properties would have hoped for. The Department has not properly carried out its retained management responsibilities for the estate and previous NAO reports indicate the estate has been receiving the minimum acceptable level of maintenance.[1] Since 2004, it has cost £11,369 per unit to bring properties up to the standard required for handing back to Annington.

Unusually, the Department pays for empty properties and all maintenance costs, including for properties it has sold, albeit the rent is reduced to reflect these additional costs.

The sale was intended to incentivise the Department to dispose of surplus property more quickly but the current vacancy rate is 19%, almost twice the Department’s target and similar to that before the deal. The size of the estate has not fallen in line with recent reductions in the armed forces, although some vacant properties are being maintained to accommodate troops returning from Germany.

The timetable for developing the Department’s wider estate strategies and the timetable for the Annington rent reviews are misaligned. The Department is developing a Future Accommodation Model to enable more service personnel to live in private accommodation, but the business case is dependent upon the maintenance of the current rent adjustment on the Annington estate. Under current plans it will not decide whether to roll out the Model until negotiations on the Annington rent reviews are already underway, affecting their ability to develop negotiating strategies for these sites.

Ministry of Defence: The Sale of the Married Quarters Estate August 1997