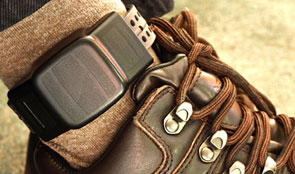 The National Audit Office has published a memorandum for Parliament setting out the events surrounding the Ministry of Justice’s process in 2013 to retender its electronic monitoring contracts, currently with private contractors G4S and Serco, and its subsequent decision to commission a forensic audit of the contracts by PricewaterhouseCoopers (PwC). Today’s report also covers the main findings of that audit.

Following completion of the PwC forensic audit, the Department is in dispute with G4S and Serco over the amount of money by which the Department may have been overcharged for electronic monitoring services under the current contracts. Both contractors are also now subject to a criminal investigation by the Serious Fraud Office.

The Department believes that both providers charged for work that had not taken place, in a way that was outside what was set out in the contracts for the electronic monitoring of offenders. PwC’s estimate is that the potential overcharge by both providers in total may amount to tens of millions of pounds.

Both contractors have said that, in their view, such charging was in line with the terms of the contract. G4S has since stated, however, that it now views that interpretation as inappropriate. The company has said that it intends to offer the Ministry £23.3 million in credit notes in respect of issues it has identified to date. Serco has stated that it will refund any amounts that it agrees represents overcharging. The Department has not currently agreed to any refund offers made by the providers.

The NAO does not draw any conclusions on contractual interpretation.