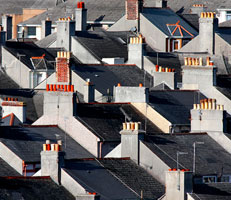 The Mortgage Rescue Scheme, launched in January 2009 by the Department for Communities and Local Government, achieved fewer than half of the rescues expected. The Department helped 2,600 households avoid repossession and homelessness at a cost of in excess of £240 million - but it originally expected to help 6,000 households for £205 million.

"The Department made assumptions about the level of demand for the Mortgage Rescue Scheme and made the wrong call. There was more need than expected for more expensive support and less for the relatively low cost rescue option. Spending more than expected and delivering less means that the Department has not provided value for money."

The Mortgage Rescue Scheme, launched in January 2009 by the Department for Communities and Local Government, in two years achieved fewer than half of the rescues expected. The National Audit Office has reported that the Department directly helped 2,600 households avoid repossession and homelessness at a cost of in excess of £240 million – but it originally expected to help 6,000 households for £205 million.

Today’s report concludes that the Department did not adequately test the assumptions underpinning the Scheme’s business case, and that it could have acted earlier to improve value for money.

The Department believes that the Scheme is likely to have some wider preventive impacts because homeowners receive advice and support, but it cannot quantify this positive impact.

Under the Scheme, vulnerable homeowners at imminent risk of repossession who fulfil the eligibility criteria can apply to housing associations to provide them with an equity loan to help them reduce their monthly mortgage payments and retain ownership; or, alternatively, to purchase the home outright with the former owner remaining in the house as a tenant.

The Department misjudged what the levels of demand would be for the respective types of rescue. It thought that most households would choose to take an equity loan through the Scheme, the cheaper option for the taxpayer. In the event, hardly any did. Instead, nearly all households using the Scheme have sold their house to a housing association and stayed on as tenants. This is a much more expensive option for the taxpayer. As a result, the average cost of each completed rescue has been much higher than expected – £93,000, compared with £34,000.

The Department does not have enough information to say why so few households took the equity loan route. Some households may have benefited from lenders’ forbearance instead and not needed to access the Scheme. Others may not have been able to fulfill all the criteria for participation in the Scheme. In some cases householders may have chosen to relinquish homeownership. The report also concludes that the Department could have made a more accurate assessment at the outset had it made better use of all the information available.

The Department now has actions in place to reduce the cost of the Scheme to the taxpayer. It accepts the risk that these actions may reduce the local availability of the Scheme if fewer housing associations or lenders find offering it financially viable.