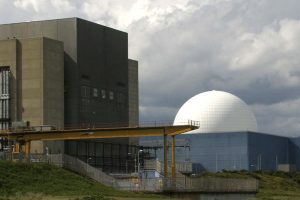 The NDA's fundamental failures in the Magnox contract procurement raise serious questions about its understanding of procurement regulations and its ability to manage large, complex procurements.

“The NDA's fundamental failures in the Magnox contract procurement raise serious questions about its understanding of procurement regulations; its ability to manage large, complex procurements; and why the errors detected by the High Court judgement were not identified earlier. In light of these issues, the Department must consider whether its governance and oversight arrangements surrounding the NDA are sufficiently clear and effective in providing the scrutiny and assurance it requires to meet the standards expected in managing public money.”

The National Audit Office has published its report on the Nuclear Decommissioning Authority’s Magnox Contract. Between 2012 and 2014, the Nuclear Decommissioning Authority (NDA) ran a competitive procurement exercise for services to decommission two nuclear research sites and 10 Magnox sites. The latter comprise power stations that were at, or nearing, the end of their operational life. With an estimated value of up to £6.2 billion, the ‘Magnox contract’ is among the largest by value put out to tender by HM Government.

This report is intended to support the Committee of Public Accounts’ consideration of the events surrounding the Magnox contract.