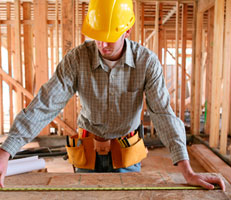 The £1.4 billion funding could result in 41,000 extra full-time equivalent private sector jobs but thousands more could have been created from the same resources.

"The Regional Growth Fund, which was set up to support growth and jobs in areas that rely on the public sector, could result in 41,000 additional jobs. However, some of the funding was allocated to projects that offered relatively few jobs for the money invested. To achieve better value for money from the further £1 billion now available, the government should develop more challenging targets for the number of jobs projects should generate relative to their cost."

The National Audit Office has today published a report on the government fund to support private sector jobs and growth in places that rely on the public sector. The report finds that the initial £1.4 billion investment in the Regional Growth Fund could result in some 41,000 more full-time-equivalent private sector jobs in the economy than without the Fund. However, there was scope to have generated more jobs relative to the amount of grant awarded.

Overall, in line with the Fund’s objectives, the projects selected for investment offer more jobs for taxpayers’ money than the projects that were rejected and support private sector employment in places that rely more on the public sector. If the Fund delivers the expected 41,000 extra jobs, then the average cost per job would be £33,000, which would be broadly similar to the average cost of jobs under past programmes with comparable objectives.

The Fund has not optimised value for money because a significant proportion of the £1.4 billion was allocated to projects that offer relatively few jobs for the money invested. The expected cost per job varies considerably between projects, from under £4,000 per job to over £200,000 per job. Today’s report concludes that applying tighter controls over the value for money offered by individual bids and then allocating funding across more bidding rounds could have created thousands more jobs from the same resources.

Rigorous evaluation will be required to quantify precisely the Fund’s overall employment impact. More than two thirds (28,000) of the 41,000 additional jobs are expected to be delivered indirectly, for example through knock-on effects in companies’ supply chains or the wider economy. The average project will last at least seven years. However, it is not clear how much of the Fund’s boost to the private sector will be sustained in the longer term.

It has taken longer than expected to turn conditional offers of grants for projects into final offers. Therefore, despite the government’s intention to get projects up and running quickly, only around a third have so far received final offers of funding.