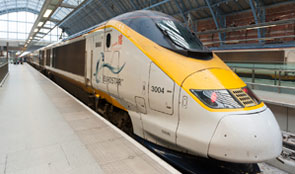 The sale of Eurostar

The sale of Eurostar generated proceeds of £757m. The government prepared well for the sale and achieved its objectives to maximise proceeds. The sale illustrates some general lessons for government as it embarks on its asset sales programme.

“The government prepared well for the sale of Eurostar and the sale process was run effectively. I regard the sale as value for money. This case illustrates some general lessons for government as it embarks on an unprecedented asset sales programme forecast to exceed £62bn over this Parliament. These lessons include: the need for detailed business cases in support of the decision to sell; objective and robust valuations to decide if, and when, to sell; and getting good value from advisers.”

The sale of the UK government’s entire financial interest in Eurostar (40% stake and preference share) generated proceeds of £757.1 million, resulted in the government achieving its objective of maximising proceeds, and represented value for money for the taxpayer, according to a report by the National Audit Office.

However, the total taxpayer investment in Eurostar, prior to its incorporation, is significantly greater than the proceeds generated from this sale. Taxpayer spending on the HS1 project, of which Eurostar cross-channel train service is one part, was over £8 billion. The NAO estimates that UK taxpayers’ financial investment directly related to the Eurostar train service amounts to approximately £3 billion.

The NAO believes that the timing of the sale, agreed in 2014, was primarily driven by the desire to sell prior to the 2015 election. Eurostar’s profits are forecast to increase from 2016 once it has introduced new higher-capacity trains, the first of which should be rolled out at the end of 2015. The government considered waiting to sell after the new trains were introduced as it thought higher profits could feed through into a higher price. It concluded, however, that any delay would come with uncertainty and risks, so the government decided to sell in early 2015 rather than wait.

The sale of the 40% stake was run well by the government and its advisers. Changes to the shareholder agreement made the investment attractive to a wide range of investors, such as pension funds. There was competitive tension between the bidders. The information provided to potential bidders on the company’s past performance and future prospects, combined with the meetings with management and SNCF (the majority shareholder) had the desired effect, enabling bidders to gain confidence in the prospects of the business and encouraging higher bids. The three final-round bids were around a third higher than these bidders’ first round bids.

The sale price of £585.1 million for the 40% stake was almost double (92% higher than) the government’s central valuation of £305 million. To a large extent, the gap demonstrates the successful sale, which attracted competitive bids and took place during benign market conditions. Without questioning the integrity of the three valuations, however, the NAO considers that credible valuations above £500 million could have been supported without changing the assumptions about the business plan or emergence of competition, but rather by altering two key inputs.

Sale costs amounted to £8.2 million, just over 1% of the proceeds of the 40% stake in Eurostar and the preference share. The majority of this was paid to the financial adviser, UBS, and the legal adviser, Freshfields. The legal cost for an internal transfer of shares, from the Department for Transport to HM Treasury, was £0.5 million. HM Treasury was concerned about the cost of the legal work and considered re-procuring the legal adviser during the sale process but it decided a change of legal team mid-way through the process would be inefficient and problematic. The government also agreed to pay Eurostar management and key employees up to £0.3 million in total on successful completion of the sale.